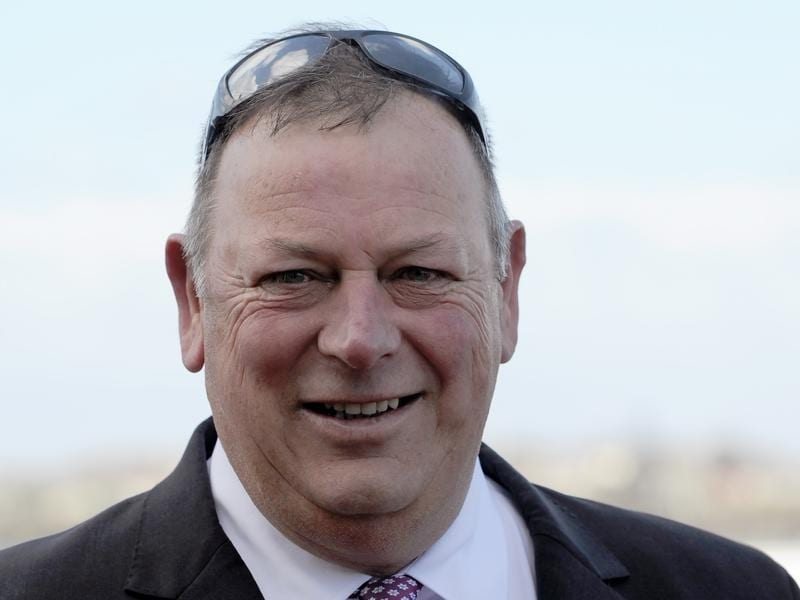 On Saturday he is looking to add a first Australian Derby at Randwick to the tally, with Chapada and Arrogant occupying the top two lines of betting for the 2400m-Group One race for three-year-olds.

Chapada was unlucky not to give Moroney a third Victoria Derby last spring at Flemington when he finished third behind Extra Brut and Stars Of Carrum after striking traffic at crucial stages in the home straight.

He gets an opportunity to make up for that luckless run on Saturday and heads into the Derby off a last-start third in the Group One Rosehill Guineas (2000m) on a heavy track. That performance after being shuffled back before the home turn elevated him to Derby favouritism.

He was at $5 on Monday with Arrogant second favourite at $6.

Arrogant beat Chapada home in the Rosehill Guineas when a close second to star colt The Autumn Sun, coming off a New Zealand Derby preparation in which he finished fourth in the 2400m-classic at Ellerslie on March 2.

The pair will gallop together on the course proper at Randwick on Tuesday in preparation for Saturday’s $2 million race.

“They both look very well and have come through the Rosehill Guineas with flying colours,” Moroney said.

“I can’t fault either one of them.”

Moroney said there was probably not much between them.

“I suppose you have got one (Chapada) who has been aimed to get here at his best,” he said.

“The other horse has come from a bit of a campaign in New Zealand.

“But then the horse from New Zealand makes his own luck while the other horse seems to find bad luck.

“Chapada has had two luckless Group One runs now, so surely at some stage he’s going to get luck in running and hopefully if he does he can use that and win.”

Damien Oliver will ride Chapada while Craig Williams is booked for Arrogant.

“The distance is fine for both and they both seem to handle all sorts of ground,” Moroney said.

“They both tick most of the boxes.”

Moroney said he was comfortable with his pair but admits it is not easy to line up the different form lines given a number of the chances have taken different paths to the race.