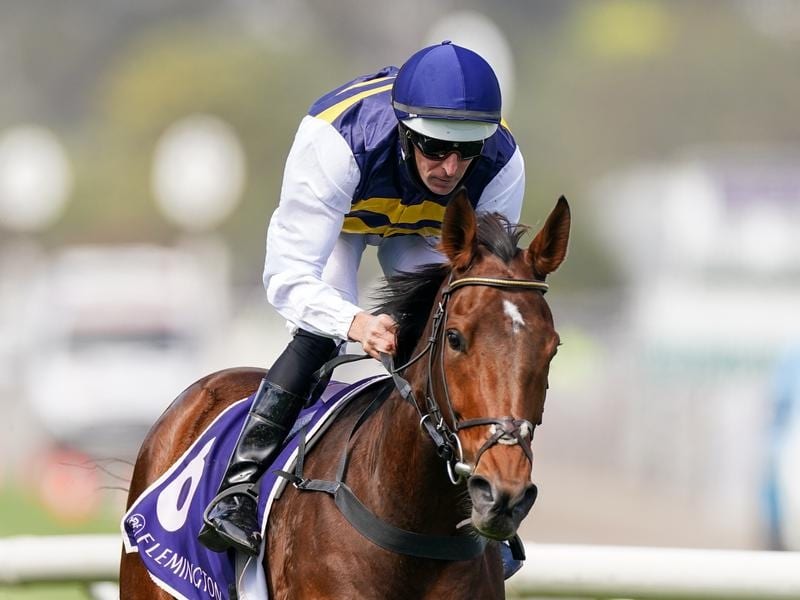 For the second year in a row, Irish mare True Self narrowly missed out on a start in the Melbourne Cup and triumphed four days later in the Queen Elizabeth Stakes.

In doing so, she again took out a $200,000 consolation bonus open to horses balloted out of the Cup who then win the Queen Elizabeth Stakes, on top of her $120,000 first prize.

The only difference this year was the eight-year-old Willie Mullins-trained mare was ridden by Hugh Bowman instead of Ryan Moore.

Bowman said he looked at how Moore rode her last year and tried to replicate his effort.

The top jockey did that to a tee, having her placed on the fence in fifth position for most of the race.

The only hiccup was with 300 metres to go when she was momentarily blocked for a run.

Bowman said he had to wait and she was good enough to capitalise once the split came.

“There was a narrow run in front of me and when I committed to go to it, the horse on the outside just rolled in on me slightly,” Bowman said.

“There wasn’t much room but I had plenty of energy left, this filly did, and I was able to balance her up and get through there.

“She sprinted pretty quickly. Once she got clear running she was dominant.”

It was the second leg of a winning double for OTI Racing as they also took out the first race with Barade.

OTI manager Terry Henderson said True Self missed out by one spot to gain a run in the Melbourne Cup, for which she was 25th in the order of entry, for the second year in succession.

Mullins’ stable foreman Dave Casey said True Self wasn’t suited by the track when she ran in the Caulfield Cup in which she finished unplaced.

“The draw on the day at Caulfield looked good but it was the ninth race on the day and it just got a bit chopped up on the inside,” Casey said.

“And I think that we didn’t have her fit enough.

“I think she came forward plenty for here and her work during the week was very positive.”

Damien Oliver, who rode runner-up Pondus, said he was beaten by a horse with a better turn of foot.

True Self defeated Pondus by a length with Chapada the same margin away third.