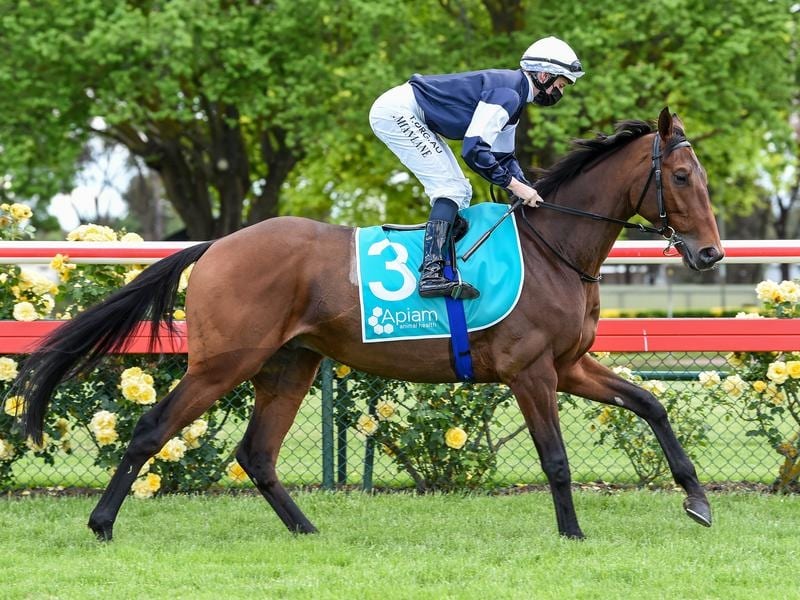 The Joseph O’Brien team already have the Melbourne Cup in their pocket and they are hoping to plunder more spring carnival spoils before heading home to Ireland.

O’Brien will start Pondus in the Queen Elizabeth Stakes (2600m) at Flemington on Saturday, four days after Twilight Payment led throughout to win Australia’s most iconic race.

Mark Power, travelling foreman for the Irish trainer, says they are optimistic Pondus can put the icing on the cake to what has been a fabulous week.

“It has been unbelievable. To finish it off with another winner on Saturday would be fantastic,” Power said.

Pondus made his Australian debut in the Bendigo Cup, striking interference early in the race when rival Super Girl broke down before he flashed home for second to Princess Jenni.

Power is happy with how Pondus has trained on since that luckless performance and expects the Listed winner to take benefit from the outing.

“The incident that happened around that first bend, it was very unfortunate and it probably cost us a few lengths as well, so he was probably an unlucky horse from Bendigo,” Power said.

“He strips a little fitter for the run and his work has been good since.”

Pondus is one of two internationally-trained horses lining up in Saturday’s Group Three race with True Self returning to defend her crown.

The mare has finished fourth to Magical at Group One level since her last trip to Australia and David Casey, representing trainer Willie Mullins, can find excuses for her unplaced Caulfield Cup run when she was caught on the worst part of the track.

“But since, she’s progressed, and her work has been very good this week.

“She won this race last year, the Queen Elizabeth, so we’re hopeful of a good run.”