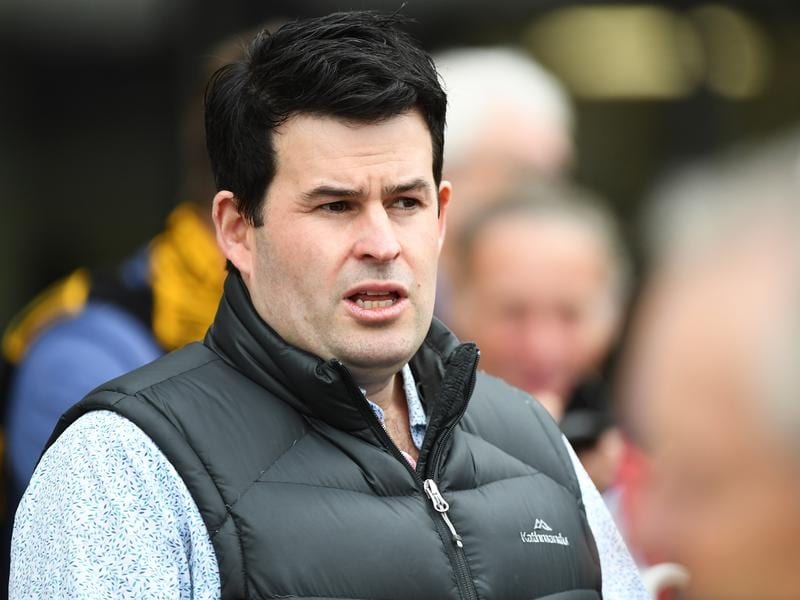 Trainer Henry Dwyer’s initial fears progressive filly Tropezina might find herself outclassed in the Inglis Dash at Flemington have eased after the release of entries for the $250,000 race.

Tropezina has notched back-to-back wins at Mornington and Caulfield this preparation after being unplaced in two starts as a two-year-old.

Dwyer wants to give the filly a chance to chase black-type in the Group Three Kevin Hayes Stakes (1200m) at Caulfield next month against her own age and sex and pinpointed Saturday’s Inglis Dash (1100m) as a stepping stone to that target.

The Inglis Dash for three-year-olds was won three years ago by subsequent Group One winner Hellbent while last year’s edition was taken out by boom sprinter Nature Strip.

Saturday’s race has 15 nominations, with Danehill Stakes runner-up Thorondor the highest-rated at 75 and Dwyer admits he was expecting the entries to be stronger.

“We thought we’d be nominating for this race and be meeting some better stakes-performed horses and it probably looks a little bit lighter than I expected, in fairness, so that’s a good thing for us,” Dwyer said.

“We nominated her for it thinking she would probably be found a level short but with the benefit of having a look at the nominations I think she’s certainly up to this level.

“We thought she was going well last preparation and she just wasn’t mature enough to show it but this prep she has been really good.

“She was good first-up at Mornington and then lifted a level to win at Caulfield on a Saturday.

Tropezina’s two wins have been over 1000m but Dwyer believes if the filly is to get to stakes class, she will have to stretch out in distance.

Ben Melham has been booked to ride on Saturday and Dwyer is not concerned about Tropezina racing on the straight course at Flemington for the first time.

“I wouldn’t have thought it would pose any problems,” he said.

“She’s a pretty straightforward filly and she has got good speed.”