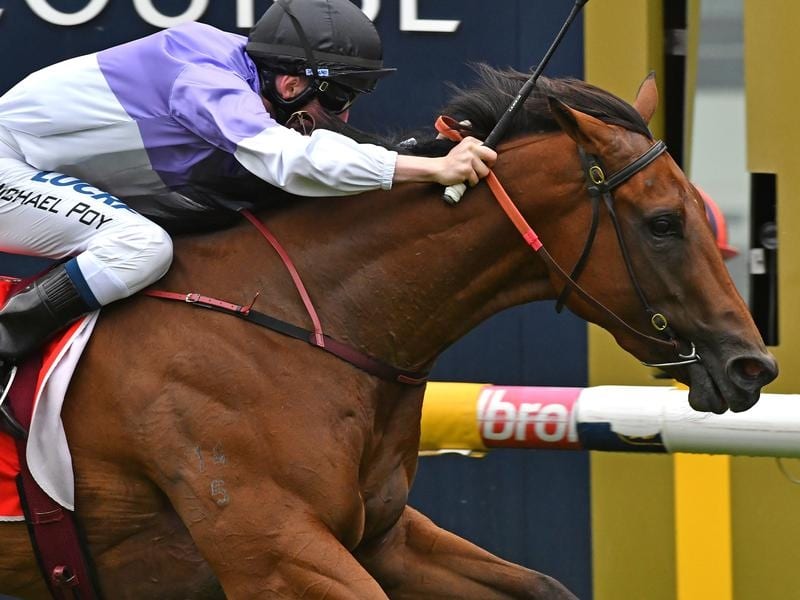 Lightly raced filly Tropezina has made it back-to-back wins this preparation, proving too fast for her rivals at Caulfield.

The Henry Dwyer-trained three-year-old was unplaced in two starts as a juvenile but has returned this campaign with a maiden win at Mornington last month and added a front-running city win in Saturday’s Patricia Cooper Handicap (1000m).

“In her first two runs she was probably just a bit immature,” Dwyer said.

“She was always going to improve physically and she’s still got some plenty of improvement, physically, to come.

“I’m hoping she can get out to 1400-metres because if she can it will open some doors for her but she’s in at the right time to go through a couple of grades and test her against stronger opposition.”

With Michael Poy aboard, Tropezina ($6) carried 53kg after the apprentice’s 3kg claim and bounced straight to the front from the outset.

Du Well, the $3.20 favourite, emerged in the straight as a likely challenger but Tropezina rallied and held her a bay to score by a length with the same margin to Mischa($8.50) third.

“She just had no weight on her back and was too hard to catch today. Hopefully she keeps improving.”