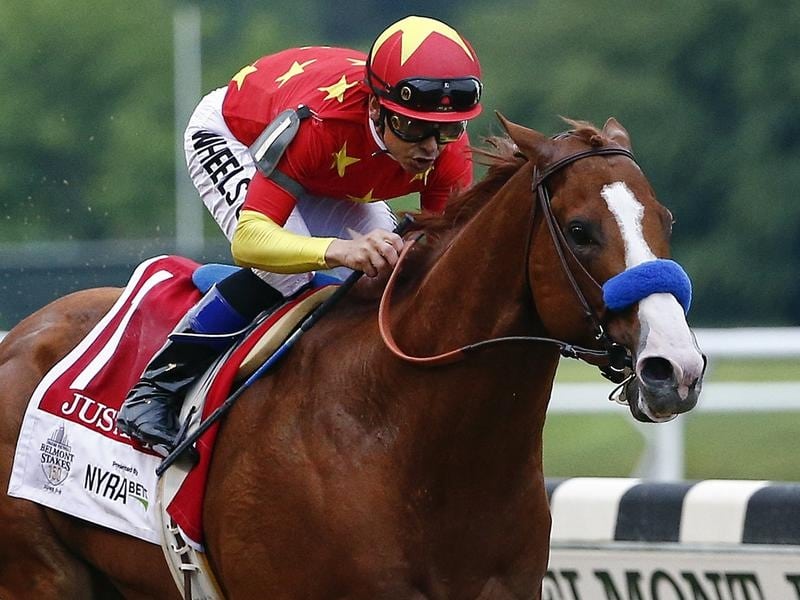 Triple Crown winner Justify has been retired because of fluid in his left front ankle.

Trainer Bob Baffert and Justify’s owners said caution over the horse’s ankle condition made it impossible to tell if he’ would be healthy enough to race by the northern hemisphere autumn.

“He is just not responding quick enough,” Baffert said. “We all wanted to see Justify run again, but ultimately it is my responsibility to make sure he is perfect. Without 60-90 days, I can’t be definite.”

The goal was for Justify to run in a major race this summer, likely the Travers Stakes at Saratoga, and be pointed toward the $5 million Breeders’ Cup Classic on November 3 at Churchill Downs.

Instead, he was taken out of training earlier this month because of the swelling in his ankle.

“The timing is bad for another start in 2018, and therefore, we have to retire him,” Elliott Walden of WinStar Farm, which co-owns Justify, said.

“Like (2015 Triple Crown winner) American Pharoah, we can’t take the risk of running Justify as a four-year-old. We all wanted him to finish his career in the Breeders’ Cup Classic, but it was not meant to be.”

Justify won all six career starts, becoming the first horse since Apollo in 1882 to capture the Kentucky Derby after not racing as a two-year-old.

He won the Preakness and Belmont Stakes to become the 13th Triple Crown winner and second in the past four years after the Baffert-trained American Pharoah.

“There was never a time when I rode him that I felt like I was going to get beat,” jockey Mike Smith said.

In addition to the Triple Crown, the Kentucky-bred Justify won the Santa Anita Derby and retires with career earnings of almost $3.8 million.

“It has been a great ride for all of us, and I have complete confidence Bob is doing the right thing by Justify,” Teo Ah Khing of co-owner China Horse Club, said.

Walden said it was possible Justify’s stud rights would be sold to Coolmore but added that won’t be finalised until a later date.