Trip south pays off for connections of Najmaty 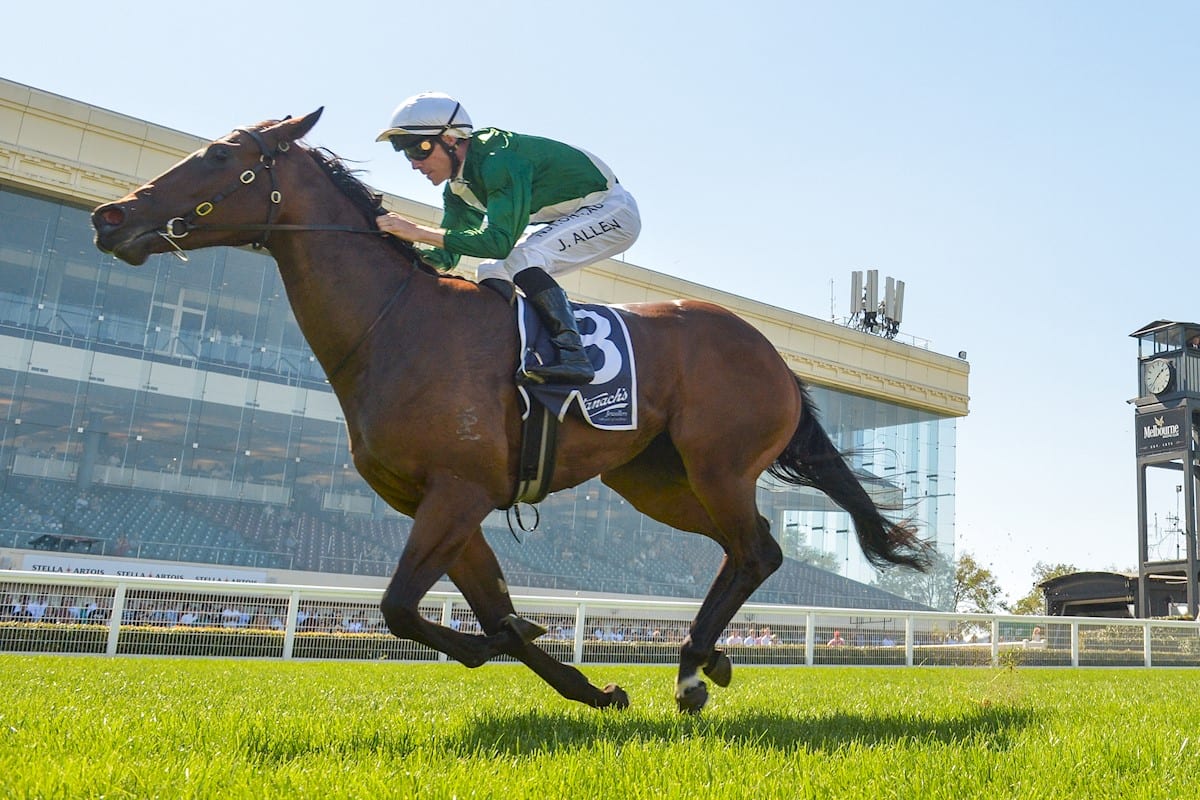 The wet weather that delayed the Sydney Autumn Carnival has worked in favour of Najmaty who ventured south to claim a stakes victory at Caulfield.

The Peter and Paul Snowden-trained filly, a debut winner at Randwick on March 10, was originally heading to the Group 2 Percy Sykes Stakes (1200m) at Randwick on April 10.

But with that meeting pushed back to April 17, it allowed Najmaty to run at Caulfield on Saturday and claim the Listed Redoute’s Choice Stakes (1100m).

Peter Snowden said Najmaty had suffered from shin-soreness which had ruled her out of contesting the Blue Diamond at Caulfield and last week’s Golden Slipper.

“We had thought of not going too far with her this preparation, but once we trialled her and saw how well she had improved we were happy to go on,” Snowden said.

“Once you win a maiden in Sydney, the two-year-old races, they’re all Group races, so we thought this was a target race down here and we thought if she’s good enough to win here, she can go back to Sydney for the Percy Sykes.”

Having his first ride on Najmaty, Allen was impressed with how the filly went about her work.

However, Allen is likely to make way for James McDonald when the filly returns to Sydney.

“She wasn’t really trucking up with me, but once I balanced her and came off the back of Jye McNeil’s back (on Hunnam), she picked them up very easily,” Allen said.

“I’d be definitely happy to stay on board but I’ll leave that to Peter and the team. I was happy to get the ride today.”