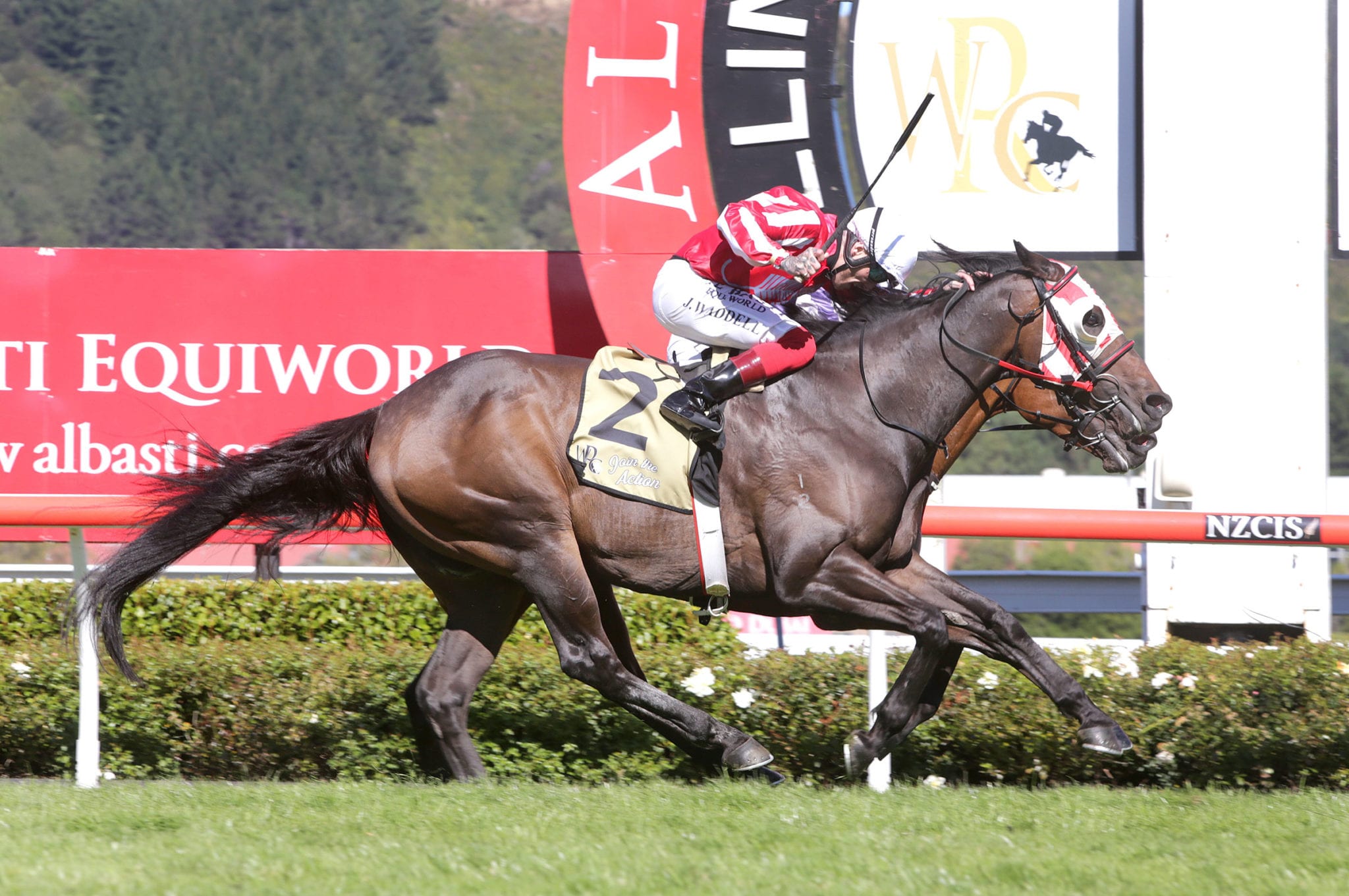 Trentham specialist Enzo’s Lad produced another courageous performance at his favourite track as he delivered a nail-biting victory in the Listed Te Akau Racing Lightning Handicap (1200m) on Saturday.

The Michael and Matthew Pitman-trained seven-year-old had failed by the barest of margins to make it three consecutive wins in the Group 1 Telegraph (1200m) back in January when denied by class mare Avantage in the 2020 edition of the event. Punters expected the South Island sprinters to play a major hand in the contest, installing pacey mare Wekaforce favourite slightly ahead of Enzo’s Lad and they were proven correct as the pair rolled clear of their rivals to fight out a thrilling finish.

Despite sitting three-wide throughout on Enzo’s Lad, rider Jason Waddell got the best out of his mount in a driving finish to deny Wekaforce victory after she had led for 1180m of the 1200m contest.

Michael Pitman was delighted to see his charge bounce back to winning form after making a slow start to the season following an extended European campaign that saw him contest both the Group 1 King’s Stand Stakes (1000m) and Group 1 Diamond Jubilee Stakes (1200m) at Royal Ascot last winter. “I said to everyone that he has been behind the eight ball after we went to England,” Pitman said. “He came home and he still had his winter coat when he contested the Telegraph. “He then got caught three-wide after being checked early last time so he has had excuses.”

Pitman was quick to pay tribute to Waddell who has had a good association with the Riccarton-based stable. “Jason has ridden a hell of a lot of winners for us and in one season he rode thirty winners for us as an apprentice,” he said. “All I said to him was this horse loves a dog fight, so make sure you are up outside Wekaforce at the 400m. “We weren’t really there but he got on terms at the right time.”

Waddell had plenty of praise for the fighting spirit of his mount when asked about the performance. “He was the biggest dog in that fight and it is a pleasure to ride a winner for Michael and Matthew,” Waddell said. “They supported me a lot during my apprenticeship so it’s nice to repay them again with a winner. “Full credit to the second horse as I thought I had her covered at the 300m and was still confident at the 200m but she just never laid down. “Thank god my dog had the biggest bark.”

The victory made it three wins from five starts at Trentham for Enzo’s Lad and career success number eight for the Testa Rossa gelding. Waddell made it a stakes double just one race later when he took out the major prize of the day, the Group 1 Al Basti Equiworld Dubai New Zealand Oaks (2400m), aboard hot favourite Jennifer Eccles.