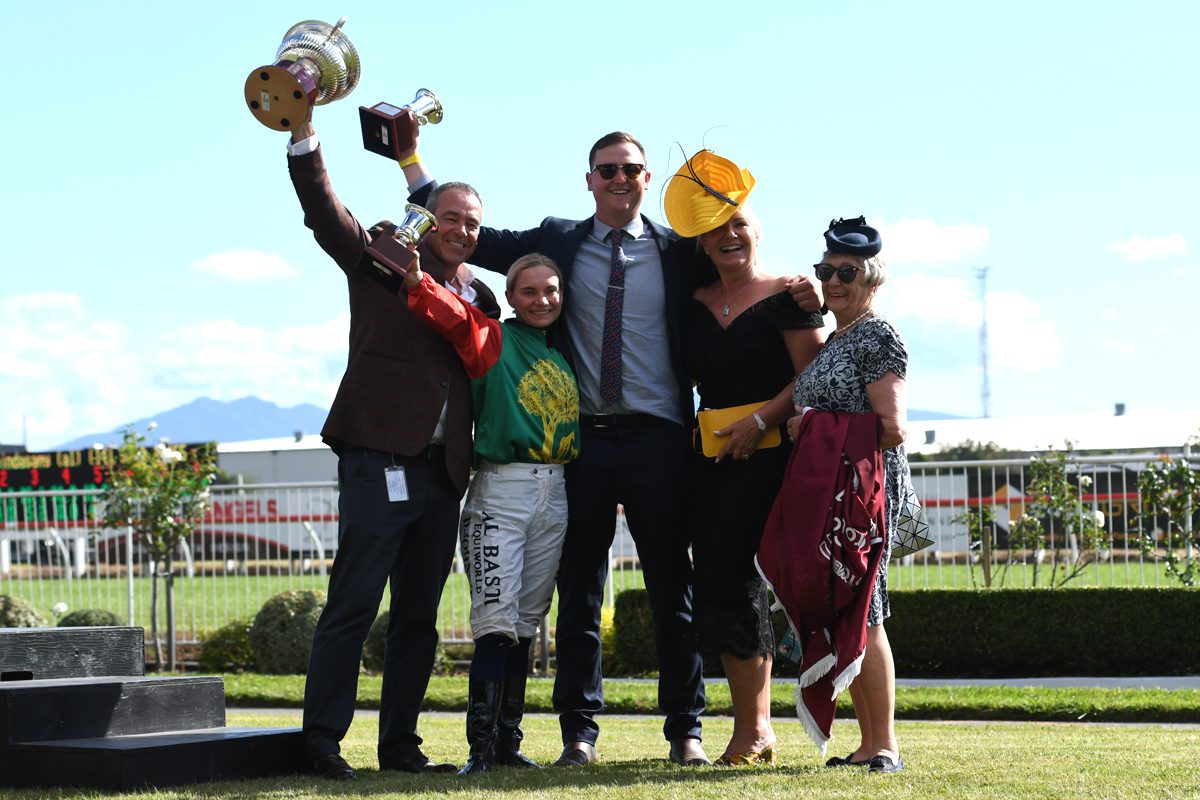 The 2021-22 racing season provided Trelawney Stud with some standout performances.

Brent and Cherry Taylor’s racing team focusses on quality rather than quantity and the results shone through on the track with horses carrying their familiar silks, posting 24 wins, 10 at stakes level.

“We have celebrated some great success this season and also been dealt some bitter blows which is all part of the racing game,” Brent Taylor said.

“It takes a great team to get the results. Starting with everyone here on the farm as well as our vets and farriers, through to those who do the breaking and early education, as well as our trainers, their staff and of course the jockeys.

“It really is a team effort and we wouldn’t get the results without everyone’s contribution.”

Topping Trelawney’s performer list was Two Illicit, with the homebred mare kicking off her season with a win in the Group 3 Red Badge Spring Sprint (1400m) at Hawke’s Bay before placing third in the Group 2 Auckland Thoroughbred Breeders’ Stakes (1400m). She then scored a well-deserved elite level victory in the Group 1 Captain Cook Stakes (1600m).

Two Illicit continued to perform consistently throughout the remainder of the season, overcoming traffic difficulties to place third in the Group 1 Zabeel Classic (2000m), placing in the Group 1 NZ Thoroughbred Breeders’ Stakes (1600m) before rounding out her racing career with a win in the Group 2 Travis Stakes (2000m), cementing her spot in the Trelawney Stud broodmare band.

Across the Tasman Zayydani added black-type to her pedigree page when winning the Group 2 Matriarch Stakes (2000m) at Flemington and the Listed Ballarat Cup (2000m), while in Queensland Juan Diva saved her career best performance for the last race of the season, winning the Group 3 W.J Healy Stakes (1200m) at Eagle Farm.

“Two Illicit has been an absolute pleasure to race,” Taylor said. “Going to the races to watch her you always knew she was going to try her absolute best. She is a tough talented mare with a big heart and great attitude.

“Juan Diva is getting better as she matures and all going to plan we’re looking forward to seeing her race at the major carnivals in Australia next season.

“We also had Vamos Bebe who placed in the Listed Hallmark Stud Handicap after winning it last season. She is a classy mare with plenty of speed who is a wonderful addition to our broodmare band and we hope to see her express her ability through her foals.”

Pareanui Bay was on an upwards trajectory winning three of his five starts including the Group 2 James & Annie Sarten Memorial (1400m) and Listed Trevor & Corallie Eagle Memorial (1550m) before tragically having to be euthanised after a paddock accident.

“Cheaperthandivorce had a fantastic season,” Taylor said. “We feel she has natural improvement as she matures and after losing her dam Boundless this year it will be great to see her out racing again next season.

“Losing Pareanui Bay was a bitter pill to swallow. He showed great talent in his short career and we were all devastated.

“We also suffered following the loss of Gold Watch who was trained by Cherry’s father Cliff Goss. He had a big following and it meant a lot to see the outpouring of support for Cliff at the time.”

Meanwhile, in Singapore Lim’s Kosciuszko proved to be one of the more exciting young prospects in the Asian racing jurisdiction winning eight races in succession, placing second in the Steward’s Cup (1600m) and then delivering a career best performance to win the Singapore Derby (1800m).

“Though we have moved to a private operation we still get a great thrill from seeing horses born and raised here perform on the track,” Taylor said.

“To be a small part of the success story for their breeders and owners is very satisfying and goes back to our catchphrase of ‘great starts make for great finishes’.”

The Taylors have plenty to look forward to in the new term with proven performers as well as some exciting young prospects coming through the ranks.

“Samiam Seussie was very consistent during the season picking up a couple of wins and black-type placings,” Taylor said.

“She is a very exciting mare that will take great improvement racing as a five-year-old and we are hopeful she will convert her form into a major win in the spring.

“Pisco Sour is finally getting her act together and went out on a winning double. She’s another that has taken natural improvement with maturity and we hope she can win a nice race next season.

“Our only two-year-old to race this season was Koshu who won impressively in Sydney for John O’Shea and she looks to have a very bright future. We are excited about her prospects in the spring in some of the better three-year-old fillies’ races.

“Others to watch out for are Acquarello with Trent and Natalie Busuttin, Aperitivo with Lindsay Park, Zayydani’s full sister Ayyesha in the Roger James and Robert Wellwood stable and an I Am Invincible filly who trialled very well at two from the Mark Walker stable in Petrucci.

“It’s a bit too early to tell with our rising two-year-olds but there is a nice line up of fillies by Fastnet Rock, Exceed and Excel, Zoustar, Charm Spirit, All Too Hard, Savabeel, Ocean Park and Grunt.”