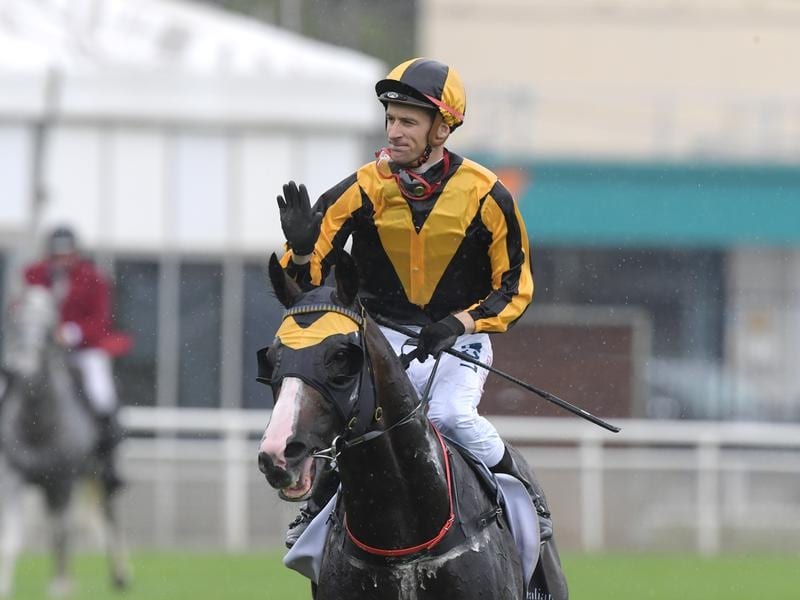 Trapeze Artist will eventually spend his days at Widden Stud with the famous NSW Hunter Valley farm to stand the four-time Group One winner on behalf of owner Bert Vieira.

The four-year-old racked up his latest Group One win on Saturday in the Canterbury Stakes (1300m) at Randwick, lowering the time of Happy Clapper’s record from a year ago.

Trainer Gerald Ryan said Trapeze Artist had won more Group One races than any other horse he had trained and would be aimed at two more at least before his career on the track is over.

Those two are the TJ Smith Stakes and All Aged Stakes which he won last year with Royal Ascot in June still a remote possibility.

After he failed in the Expressway first-up last month, there was talk Trapeze Artist would immediately be retired but Ryan was one who forgave the run.

“We will use the same plan as last year,” Ryan said.

“We’ll send him away for a week then we’ve got three weeks to get him ready for the TJ.

“He has eaten up really well and come through the race in terrific order.”

Under Blake Shinn, Trapeze Artist controlled the race and held off Shoals by 1-1/2 lengths.

Trapeze Artist is by Snitzel who Ryan trained to win the Oakleigh Plate.

Snitzel is the country’s leading sire and stands at Arrowfield while the trainer also guided the career of Rubick whose son Yes Yes Yes won Saturday’s Group Two Todman Stakes.

“He is a record breaking machine, just a phenomenal athlete and is by the best stallion in the country.