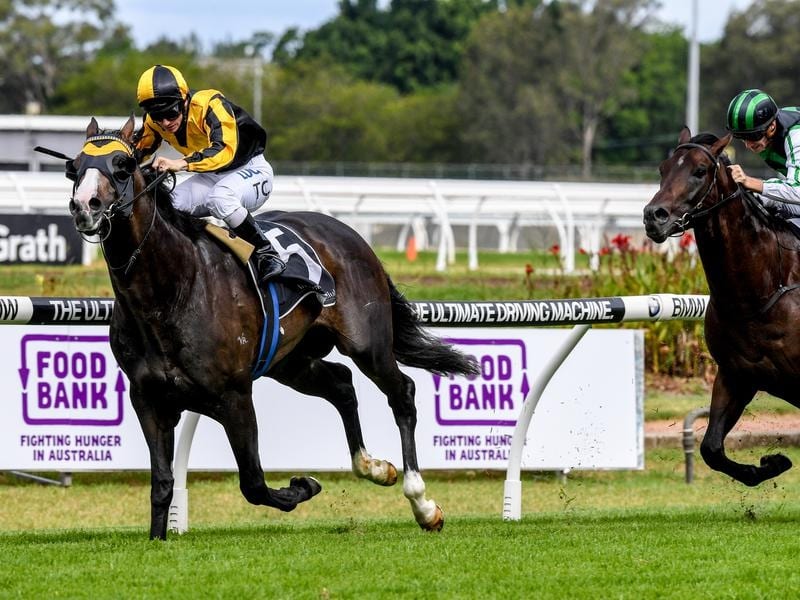 While most eyes were on Winx at the Rosehill barrier trials, trainer Gerald Ryan’s were fixed on Trapeze Artist.

The four-year-old finished a close fourth in Tuesday’s second heat won by Sandbar a few minutes after Winx closed strongly in the first trial.

Trapeze Artist was the champion three-year-old colt last season, winning three Group One races including the TJ Smith and All Aged Stakes, both at weight-for-age.

Those two races are on his agenda again this autumn with his campaign to start on February 2 with an attempted defence of the Group Two Expressway Stakes (1200m) at Rosehill.

“I thought he trialled really well. He was back midfield and wide and ended up three-wide,” Ryan said.

“I never trial him with blinkers on so I thought he went quite well and his more forward than he has been in other preparations.”

Ryan said after the Expressway, Trapeze Artist’s program would be the Apollo Stakes and Canterbury Stakes before the TJ and All Aged.

“Whether he goes to all five remains to be seen,” he said.

Trapeze Artist has been inoculated for possible overseas missions.

He was originally vaccinated with the Hong Kong International meeting in December in mind but ongoing quarantine restrictions for Australian horses to return home, put paid to those plans.

But Ryan said the Royal Ascot meeting in June was a possibility.

“We’ll play it by ear but depending on how he comes through, Royal Ascot is on the agenda,” he said.

Trapeze Artist had a three-start spring campaign culminating in his second to Redzel in The Everest in October.