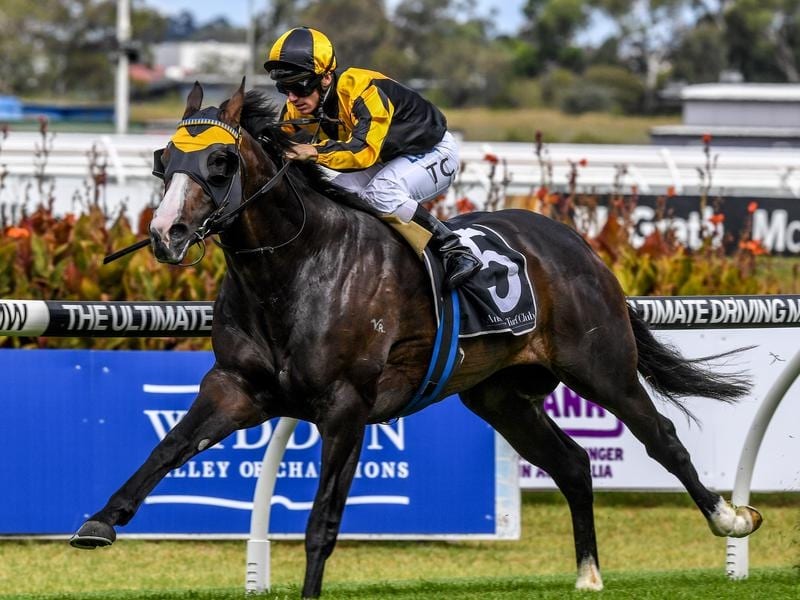 Trapeze Artist will attempt a feat only one other horse has managed in the past 40 years when he chases back-to-back wins in the Group Two Expressway Stakes at Rosehill.

Court’s In Session is the only horse to win the 1200m-feature twice during that period having claimed the race in 2005 and again a year later.

Tim Clark was aboard Trapeze Artist when he took out the Expressway as a three-year-old and since then the Gerald Ryan-trained son of Snitzel has proven himself to be one of Australia’s best sprinters.

“I won the race on him last year and he’s gone on and won a couple of Group Ones and run second in the Everest so his form is really, really solid,” Clark said.

“He’s a top class sprinter and I’m sure he’s going to take plenty of beating.”

Tye Angland, who rode Trapeze Artist to his three Group One wins last season, remains in a Sydney hospital undergoing treatment for serious spinal injuries suffered in a race fall which may leave him quadriplegic.

With six wins from 17 starts and more than $5 million prize money, Trapeze Artist’s talent is obvious – on race day at least.

But if Clark didn’t know better, the horse would have received a thumbs-down for his recent barrier trial effort.

“He didn’t give me much of a feel but that’s just him. He’s not much of a trialler and he didn’t have blinkers on so you can’t really get too much of a guide on him,” Clark said.

“But he had a jump-out Tuesday morning with blinkers on and apparently he went really well. I didn’t ride him, but Gerald is really happy with where he’s got him and I think he’s fairly forward going into the race on Saturday.”

Six horses will line up in the Expressway, including the Godolphin pair of Hartnell and early favourite Alizee, who is striving to become the first mare to win since Appearance five years ago.

Clark has rides in all three stakes race at Rosehill and will partner Exceed The Stars for Mark Newnham in the Group Three Canonbury Stakes and the Chris Waller-trained debutante Still Single in the Widden Stakes.

It has been a solid start to the year for Clark who won two races on Magic Millions day highlighted by the Guineas on Boomsara. He has ridden a winner at the past two Saturday city meetings to sit fourth on the Sydney jockeys’ premiership.

Clark says he is “pretty happy” with his form but he is committed to continuing to work hard as the major autumn carnival races loom.

“Hopefully I can keep riding well to attract the good opportunities because that’s what you need, you have to get on the right horses,” he said.

“If you’re not on them you’re not going to figure so it’s important to be riding well so you’re on people’s lips and they’re willing to put you on.”