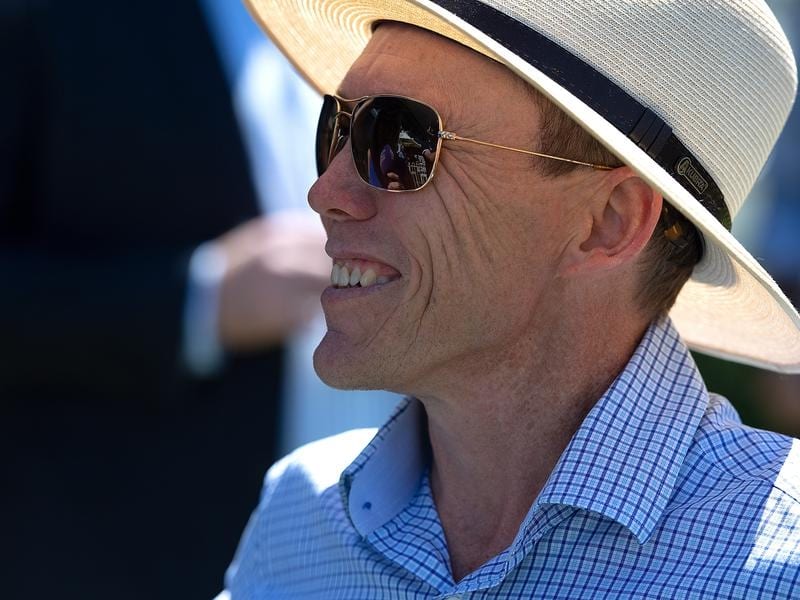 Trainer Chris Munce looks to have three good chances to celebrate the anniversary of one of his most important wins as a young jockey on Saturday.

The Toowoomba meeting marks 30 years since he rode Count Henri to win the 1989 Weetwood Handicap for trainer Harold Cox.

At the time Munce was a 17-year-old apprentice and although he had won the Magic Millions that year on Sunblazer, the Weetwood win at the time held more prestige in Queensland.

Munce went on to win 43 Group One races before taking up training in 2017.

He will be a major player on Saturday with First Crush (Toowoomba Cup), Zoucara (Toowoomba Guineas) and Degas (Spirit of Boom 2YO).

First Crush won the Grafton Cup last year and Munce has taken him along slowly this preparation.

The gelding ran a fast-finishing second in the Tattersalls Members Cup (1600m) on March 2 and Munce elected not to give him another start in the lead-up to the Cup.

“We gave him a trial last week to keep him ticking over. He ran third in the Cup last year so the track is no worry but he does have a bad barrier.”

Munce has a big opinion of Zoucara with her winter campaign to be decided on Saturday.

“I have been waiting to get her out to 1600 metres but we will see if she has had enough for this campaign,” he said.

Degas caught the eye when he flashed home late to win a trial at Doomben last week.

The gelding is by multiple Group One winner Show A Heart out of the good producing mare Art Gallery making him a half brother to smart performers Glendora and Shadow Lawn.

“I’ve had a bit of luck with the Show A Hearts and let’s hope it continues,” Munce said.