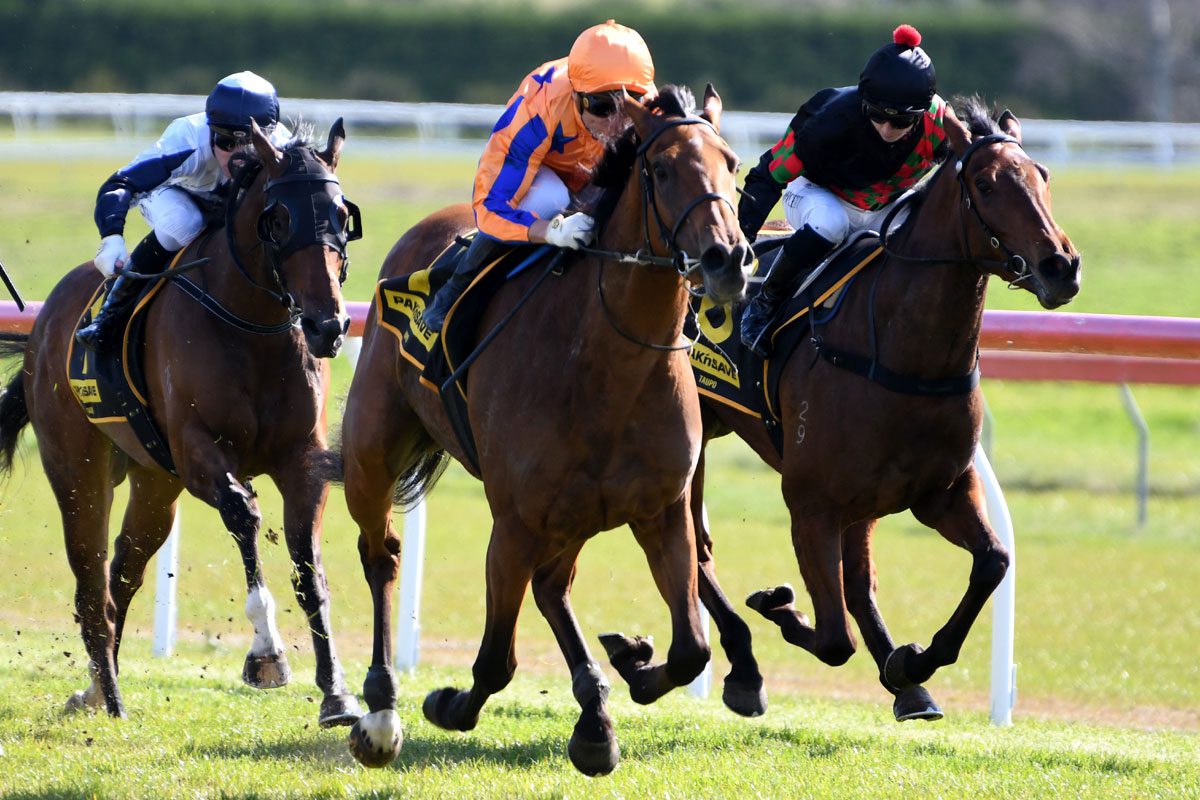 Opie Bosson will have a tough decision to make in the coming months in the lead-up to the Group 1 Barneswood Farm New Zealand 1000 Guineas (1600m) at Riccarton in November.

The New Zealand hoop rode two promising fillies to victory over the weekend in Stella Splendida and One Kiss for Te Akau trainer Mark Walker, and Bosson is struggling to split the pair.

There had been plenty of hype surrounding Stella Splendida ahead of her debut over 1200m at Taupo on Friday, and she duly came up trumps for punters who backed her into -333.33 favouritism.

“She is very classy and has shown us a lot at home,” Bosson said.

“The plan was not to rush her too much early and just try to get a bit of cover and get her to settle.

“She has got an amazing turn of foot. She put them away pretty quickly. I would like to see her on a really good track.”

A day later, Bosson flew south to Christchurch to partner One Kiss in the Listed Canterbury Belle Stakes (1200m) at Riccarton, and she too impressed when winning by three-quarters of a length in the familiar silks of breeder-owner Lib Petagna.

“We have always had a high opinion of her. She trialled up really nice and I am surprised she got beaten first-up,” Bosson said.

“She got a shuffle at the wrong time. She still went an okay race. I knew the improvement was there and she has shown us a lot.

“She is a nice, big, strong filly. Stepping up to the mile (of the 1000 Guineas) is going to be ideal for her.

Bosson said he has a hard decision to make between the two fillies as they progress through the spring.

“They are two different types. One Kiss you definitely think will run out the mile for the 1,000 Guineas. The other filly is quite quick, she just needs to settle a fraction, but she has got a lot of class about her. It is going to be a hard pick,” he said.

Meanwhile, Bosson has his fingers crossed for improved weather in Hawke’s Bay ahead of Imperatriz’s planned run the Group 1 Arrowfield Stud Plate (1600m) at Hastings on Saturday-week.

“We are praying they don’t get too much rain and the track does come back a bit,” he said.

“We wouldn’t want her to be running on a very heavy track over a mile.”