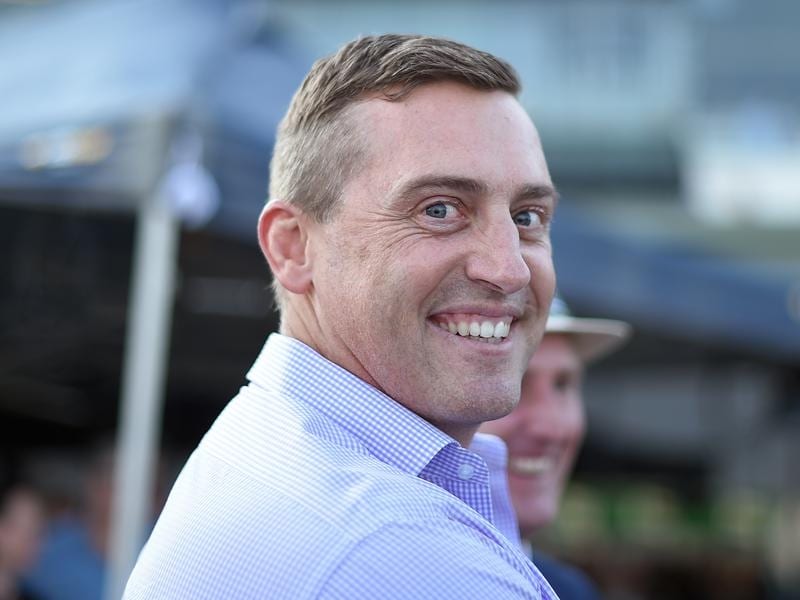 Talented filly The Actuary helped trainer Tony Gollan set one record this season and is set to play a role in another at Doomben.

The Actuary can give Gollan another Listed winner in The Phoenix (1600m) on Saturday.

She was one of four winners at Doomben two weeks ago which gave Gollan the record for most wins in a Queensland metropolitan season.

After a double at Ipswich on Wednesday, Gollan has moved on to 98-1/2 winners and he is on the brink of becoming the first to have 100 Queensland metropolitan victories in a season.

He has eight runners at Doomben, all having strong claims.

The Actuary has been a late bloomer for Gollan after failing to come up in her first preparation.

“We thought she was going to be a Magic Millions horse but she was still immature,” Gollan said.

“She went for a good spell and this time we took the blinkers off her which has improved her race attitude.”

The Actuary cost $450,000 at the Magic Millions Yearling Sales and Gollan is keen to get her black-type.

The filly is by recently deceased top sire Sebring out of the Fastnet Rock broodmare Fast Talker.

Her family is steeped in black-type and The Actuary traces back to Golden Slipper winner Crystal Lily.

“All trainers say it but it is true that black-type is essential for fillies and mares, especially expensive ones,” Gollan said.

He believes The Phoenix is a perfect opportunity for The Actuary with Sydney youngsters ignoring the race this year.

“The Phoenix has been a race which has produced a lot of future Group One horses,” Gollan said.

“I don’t know whether this year will add to that list but it will still take a good horse to win it.”

“Garibaldi has been running in stronger races. He is drawn well and at his best he is a stakes horse,” Gollan said.

“Howwonderfullifeis was fourth in the Listed Mick Dittman Plate last time. She is also well drawn so she should get the right run.”