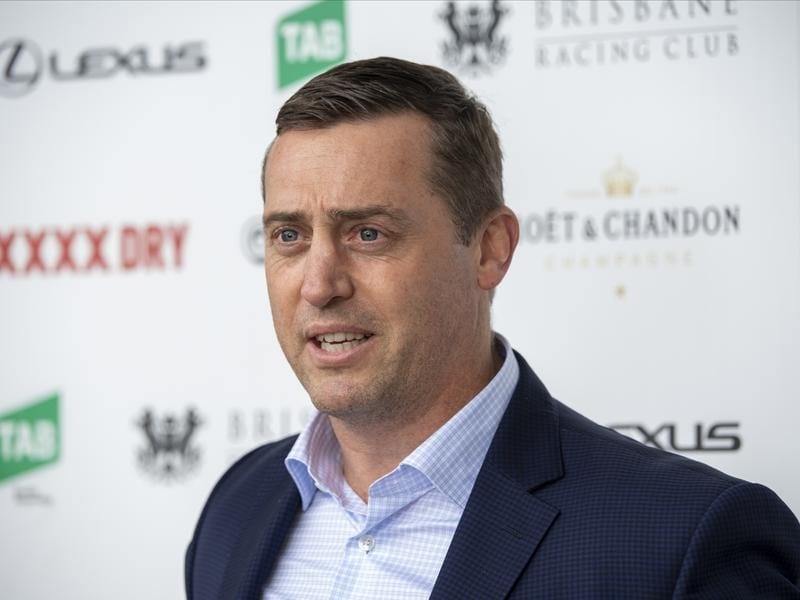 Premier trainer Tony Gollan has another record firmly in his sights after becoming the first in Queensland to crack 100 metropolitan winners on a season.

Gollan had a treble at Doomben on Saturday with Howwonderfullifeis, The Actuary and Say Haya.

Gollan has his seventh consecutive metropolitan title sewn up and now sits fourth, on the all-time list behind Bruce McLachlan (16), Fred Best (14), and George Anderson (10).

He had already set a record for the most metropolitan wins which he previously held at 90 from two seasons ago.

He has had 142-1/2 winners on all tracks this season putting him sixth on the Australian trainers’ premiership.

He is averaging nearly three winners a week and has six weeks to the end of the season.

The Actuary gave Gollan his 49th Listed race winner and his 62nd black-type win, which includes three Group Ones.

Gollan said he got an extra buzz on Saturday because of the debate about when he actually got to 100 winners.

“But I sat on the fence and waited until I got the next one to be safe.”

“To turn up every morning and afternoon is tough so they deserve to share in this.”

“The aim now is get some more this season and better it next season.”

Gollan’s long-time friend Brian Siemsen owns The Actuary and the trainer hopes she will develop into a top-class filly.

He also had an extra reason to be happy when Say Haya won.

She is owned and bred by former champion jockey Larry Olsen.

“Larry has been friends with my family for decades,” Gollan said.

“He (Olsen) won an All Aged Stakes on Dalrello which was part-owned by my dad (Darryl).”