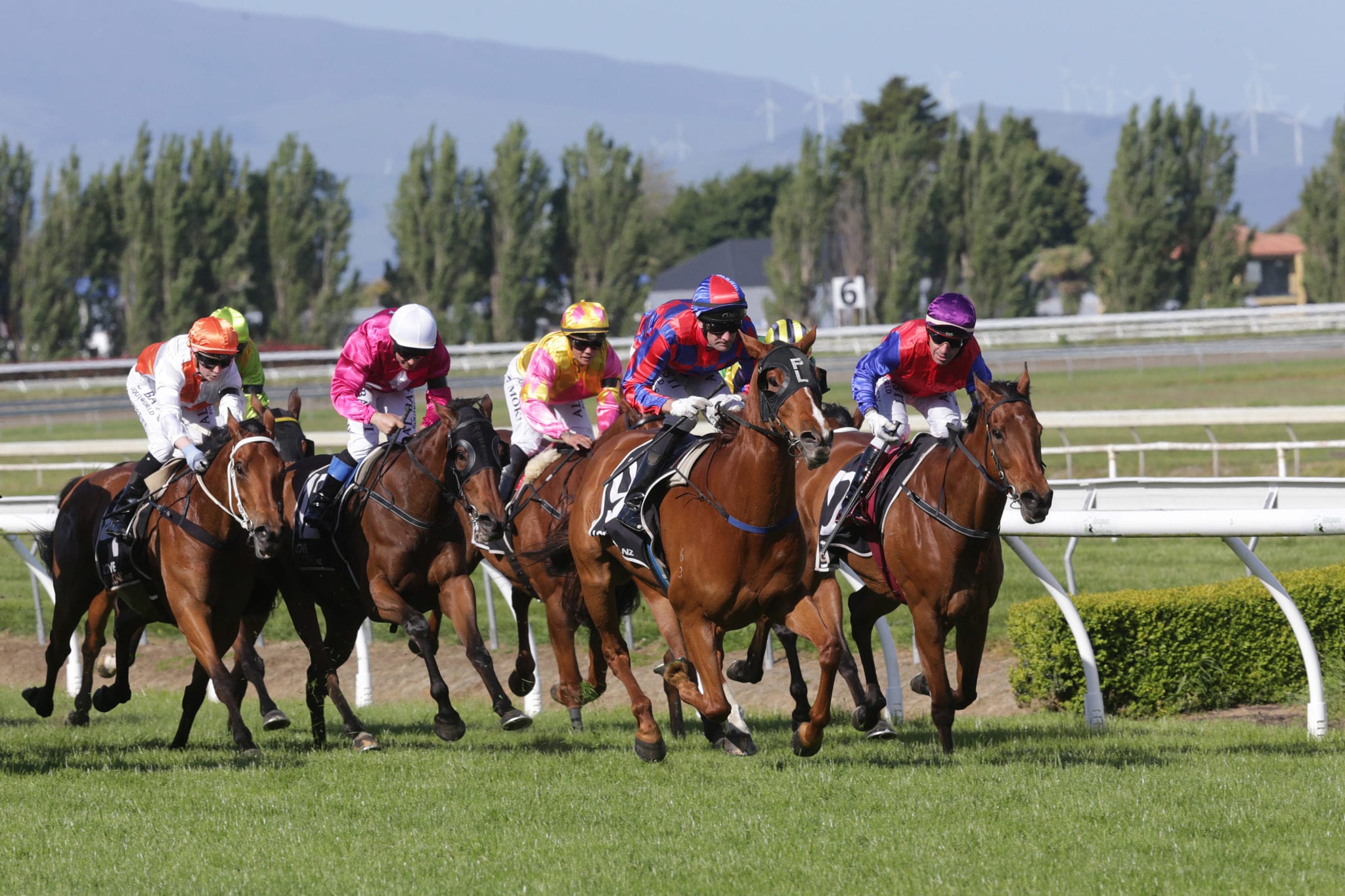 Foxton trainers David and Emma Haworth came within a nose of a quinella in Saturday’s Listed Ricoh Feilding Gold Cup (2200m) at Awapuni, headed by a breakthrough performance by Toms. The improving six-year-old won four races last season, including three of his last four starts, and he had begun a new campaign with eye-catching performances at Hastings and Otaki.

He stepped up to stakes level for the first time on Saturday and rose to the occasion, with accomplished stablemate Balham delivering an excellent supporting performance in third. The Haworth pair both enjoyed smooth midfield runs as Call Me Royal, Strolling Vagabond and Pacorus set a strong pace up front. Balham was the first to make his move, rolling to the lead in the straight under Darryl Bradley. But Johnathan Parkes brought Toms home over the top of his stablemate in the last 200m, sweeping past and opening up a margin of a length and a quarter at the finish.

Group 3 New Zealand Cup (3200m) bound Duplicity came with a huge late run from last, snatching second by a nose from a gallant Balham. It was an almost-perfect result for the Haworths, who also own Toms. “It was fantastic,” Emma Haworth said. “It was great to see Toms win the race so well, and we were also really proud to see the old boy (Balham) back in top form. “Toms is a horse who’s really come of age this year. He developed really nicely through last season and put together a few wins at the end of that campaign, but he wasn’t really happy on those heavy tracks. We were confident he’d be even better on top of the ground, so it was really good to see him come out and win a race like that.

“Balham ran a huge race as well. I had a feeling he might run a cheeky race today, because his work had been outstanding coming into it. He ran a great race. I thought he might be able to just cling on for second, but he got pipped right on the line. Either way, we were rapt with him.”

Now that Toms has proven himself at black-type level, he is likely to chase further staying spoils through the rest of the season. “We’ll go back to the drawing board now and just see how he’s going, but we’ll probably have a go at some more Cup races down the track,” Haworth said. “A race like the Manawatu Cup (Group 3, 2300m, December 21) might be a good one to have a crack at.”

Toms was bred by Cheryl Wilson and Bruce Sheat and is the third stakes winner from their Hussonet mare Steel Stilettos, joining the quality sprinter-miler Boots ‘N’ All and last season’s dual Guineas winner Air Max. David Haworth bought Toms for $12,000 at the 2015 New Zealand Bloodstock Festival Sale at Karaka, and the gelding has now won six races and more than $126,000 in stakes.