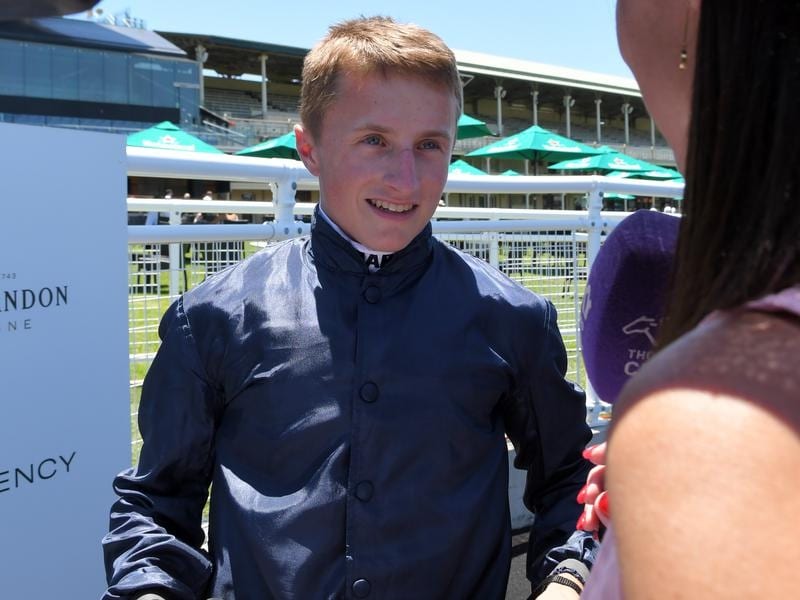 Visiting English jockey Tom Marquand is off the mark in his latest Australian stint with his victory on Movie Role at Randwick earning the filly a start in the $2 million Magic Millions Classic.

Marquand is based with Sydney trainer John O’Shea during the European winter having spent time in Melbourne with David Hayes three years ago as an apprentice.

Movie Role, who is trained by Hayes, his son Ben and Tom Dabernig for Coolmore, came along the fence to score a decisive 1-1/2 length win over Igniting ($5) in Saturday’s two-year-old maiden (1000m).

When he was here last time, Marquand won two races on the Hayes-trained Tashbeeh in Melbourne in January 2016.

“Last time I came down to David Hayes and they were brilliant supporters,” Marquand said.

“But a lot of people said I would have to try Sydney and see the differences. It is certainly interesting.”

Marquand said Movie Role had shown her professionalism at what was her second start.

“She was a really tough filly there,” he said.

“She took the inside rail, went away nicely and put the rest to bed.

“She relaxed really nicely in the blinkers. The turning track helped her and she was very genuine.”

Marquand is in Sydney until the beginning of February and admitted the heat took some getting used to.

“It is pretty intense,”he said.

“The hottest day I have ever ridden was yesterday at Gosford. It was about 40 degrees.

“My agent has had me working hard doing 54kg which I wouldn’t be doing too much of back home.”

The 20-year-old said he had ridden for Coolmore in the past but Movie Role was his first winner in the navy blue.

“Every jockey’s aspiration is to ride winners for Sheikh Hamdan, for Coolmore, Godolphin and Sheikh Mohammed.”

Marquand was Britain’s champion apprentice three years ago and rode 106 winners in England this season.