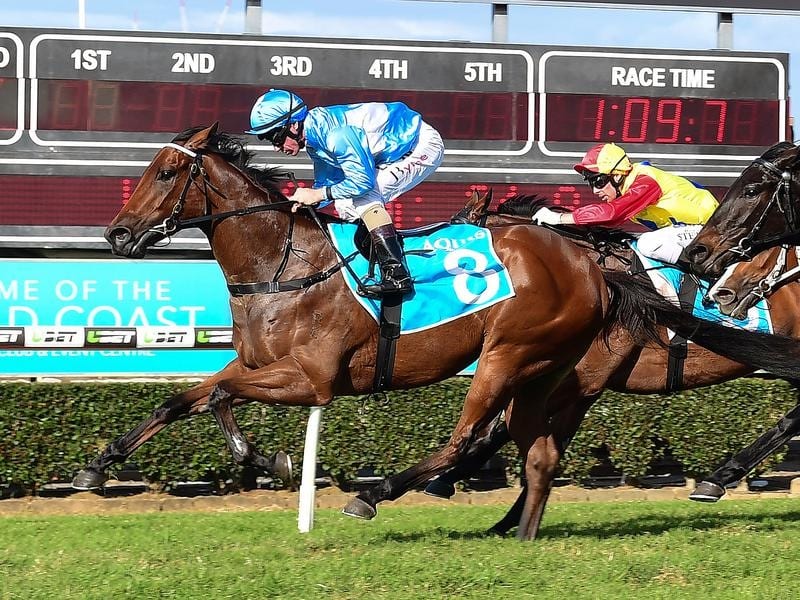 Trainer Toby Edmonds has shown his faith in promising three-year-old Viral by putting him in stakes company at his fifth start.

Viral is not eligible for the Magic Millions but he is still on a definite mission in Saturday’s Group Three Vo Rogue Plate (1350m) at Doomben.

Viral has won two of his four starts including his most recent at the Gold Coast two weeks ago and Edmonds has no hesitation in stepping Viral up in class.

“He might not be a Millions horse but this is an important race for him,” he said.

“His owners also have his dam and a couple of younger offspring. So obviously around sales time black-type for family members is a boost.”

Premier jockey Jeff Lloyd, who is back from a short holiday, will ride Viral in a race for the first time.

“I will be interested to see how Jeff rates him,” Edmonds said.

“If he races well on Saturday we might look at the south or winter next year.”

Edmonds will also have Granny Red Shoes in the Vo Rogue and he is pleased with her since her first-up sixth at Doomben.

“The 1350 metres on Saturday will suit her better and I expect her to race well,” Edmonds said.

Edmonds has rewarded in-form apprentice Jackson Murphy with the ride on Granny Red Shoes who is bound for the $2 million Magic Millions Guineas at the Gold Coast on January 12.