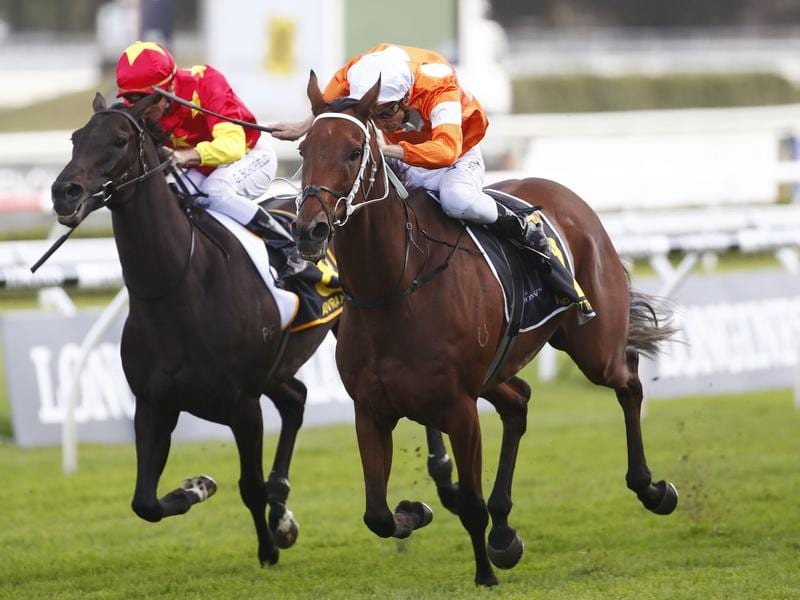 Popular stayer Who Shot Thebarman has run his last race with the veteran to see out his days in New Zealand.

Starting out with trainer Mark Oulaghan in New Zealand before being sent to Chris Waller in Sydney, Who Shot Thebarman will likely spend time at Living Legends in Melbourne before returning to the family property of his owners, the O’Leary brothers.

Who Shot Thebarman recorded Group One victories in the 2014 Auckland Cup and this year’s Sydney Cup, both over 3200m.

He also competed in four Melbourne Cups with his best finish third behind Protectionist in 2014.

“We would like to announce The Barman has been retired from racing,” the O’Leary brothers told NZ Racing Desk.

“It is yet to be finalised but he might spend a year at Living Legends in Melbourne before coming back to New Zealand where he will enjoy his retirement in a five star grass paddock in the Rangitikei.

“The family would like to thank all his followers for their support for the horse during his years of racing.

“One highlight, of which there were many, was winning the Sydney Cup at his sixth attempt.”

Waller said Who Shot Thebarman had been a wonderful horse for the owners, the punters, racing fans and his stable.

“We have many special memories of The Barman who has gone to the paddock a happy, healthy and sound 10-year-old and will be remembered in New Zealand and Australia as one of our best stayers in the past decade.

Who Shot Thebarman had his final start in the Zipping Classic at Sandown on November 17 when he finished seventh to The Taj Mahal.

The 10-year-old retires with 11 victories from 57 starts, banking more than $4.5 million prize money.