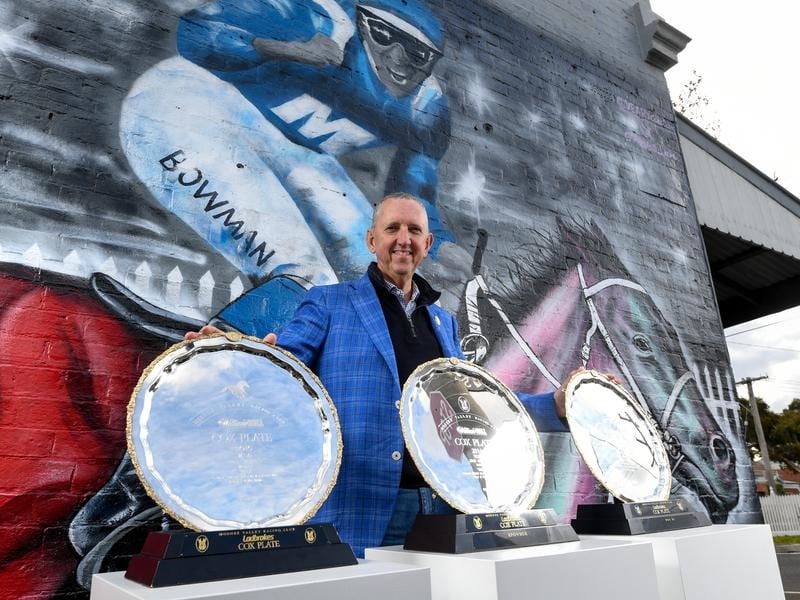 The Cox Plate is 80 days away and Winx’s part-owner Peter Tighe is trying not to think about it.

Tighe, who part-owns the mare with Debbie Kepitis and Richard Treweeke, said he was leaving all the preparation worry to trainer Chris Waller and Hugh Bowman.

Winx is preparing for her assault at a fourth consecutive win in the $5 million race at Moonee Valley and the wonder mare is one of 135 entries for the October 27 race.

“I’m not thinking about it and the preparing will be done per Chris and Hughie,” Tighe said.

As Winx approaches her return in the race named for her on August 18, Tighe said it was a humbling experience to be associated with Winx.

“All the owners are humbled by the position Winx has put us in and we couldn’t be happier with the way she’s working at the moment,” he said.

“It’s humbling to be the owner of a horse that has brought so much to racing.

“Everywhere we go now it’s quite a bit talking point about Winx and what she does.

“We’re happy to be in the race at the start of the nominations and see how it goes from there.”

Tighe said it was too early to study potential rivals, especially overseas entrants.

But he knows the race will again be a tough assignment.

“Nobody goes there not to try and win that race,” Tighe said.

“We’re hopeful to take on all comers and to get her there 100 per cent fit and healthy and that she can give it her best.

“There’s 135 nominations and not all of them can get in so a little bit closer to the time we’ll have a closer look (at the internationals), see who gets in and take it from there.”