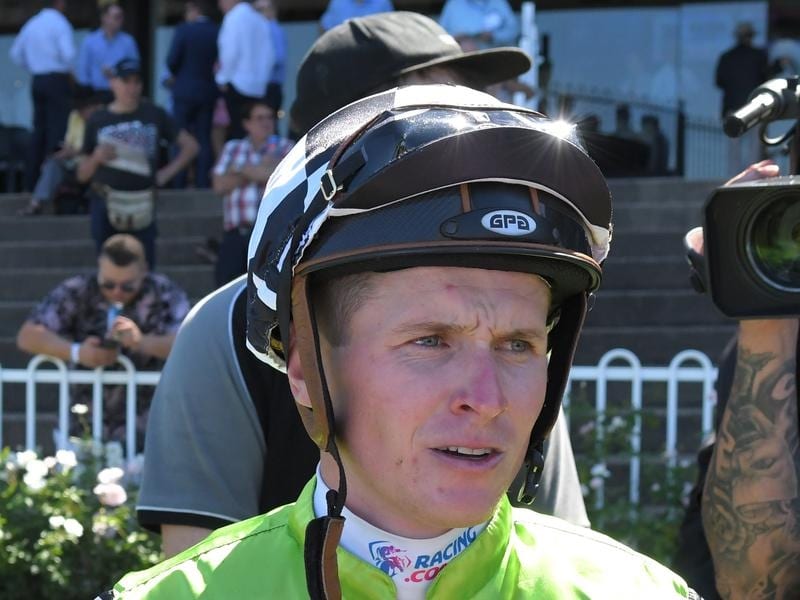 Leading Sydney jockey and ex-pat New Zealander James McDonald has made a fleeting visit to his homeland to boot home three winners at Te Aroha.

McDonald went across the Tasman to ride at Thursday’s meeting primarily for trainers Steven Ramsay and Julia Ritchie who prepared the first two of his three winners, Naval Fleet and Maison Roxanne.

“I haven’t ridden in New Zealand for probably three years, so it’s good to be back here,” McDonald told NZ Racing Desk.

“It’s not a high-profile meeting, but it’s good to put the colours back on and get amongst the boys. I haven’t seen them for a fair while, so it’s really good.

“Steven said he would have quite a few runners today and he said they were pretty good chances.”

“She is a beautiful filly,” he said. “She’s got a lot to learn still, but she has got a bit of presence and substance there, which will take her a long way.

“I think she has got a lot of ability and hopefully she can measure up on Karaka Million night.”

McDonald will ride Long Leaf in the Karaka Million 3YO Classic for Lindsay Park and part-owner Sir Peter Vela, a long-time supporter of the jockey.

“I think I have got a good ride for Sir Peter Vela in the Karaka Million mile in Long Leaf, trained by David Hayes, so I’m looking forward to him coming over,” he said.

McDonald capped off the day with victory on True Enough in the Thames Cup for trainers Murray Baker and Andrew Forsman.

McDonald rode the Baker-trained (It’s A) Dundeel to six Group One victories.

The jockey will be back in Sydney to ride at Canterbury on Friday night and Randwick on Saturday.