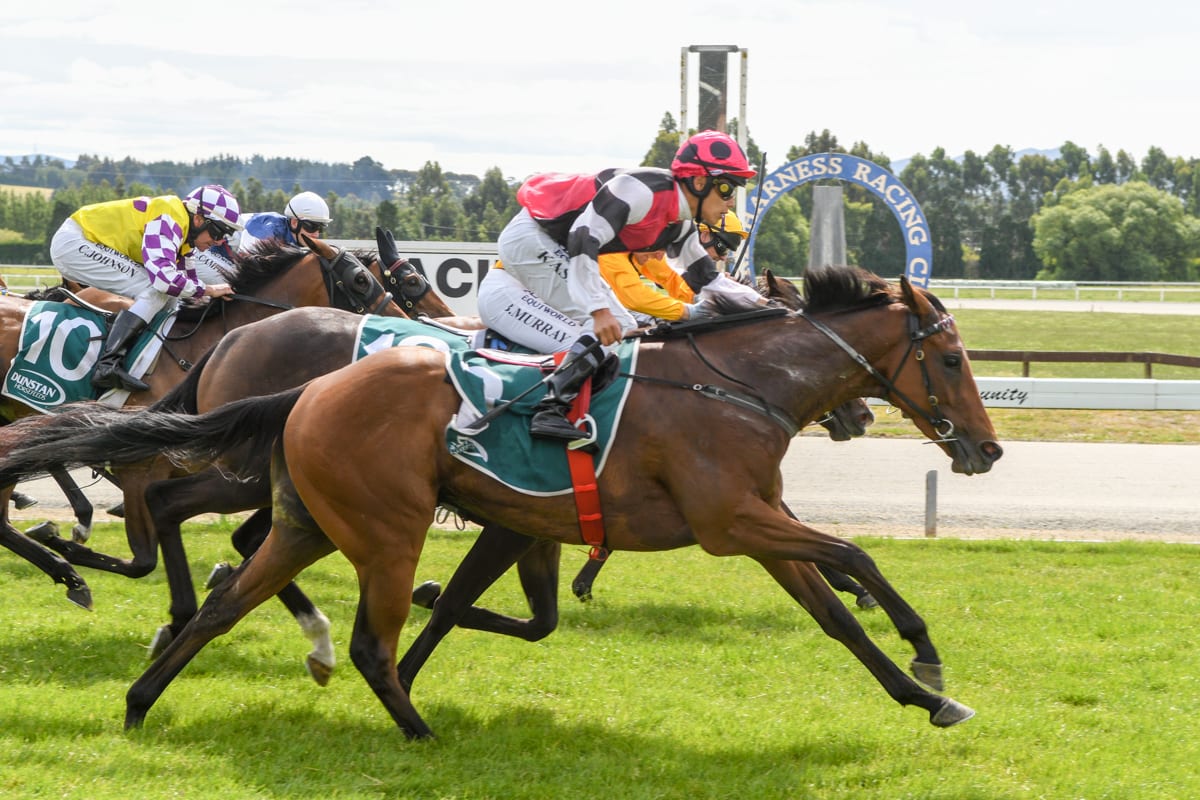 Father and daughter training duo, Kelvin and Aimee Tyler, are experiencing a standout season and they hope that will continue at Ascot Park on Saturday. The Riverton trainers currently sit in fifth position on the New Zealand Trainers’ Premiership with 30 wins, and with many of their team appreciating more give in the ground they are looking to improve on that mark later in the season. “It’s been really good,” Kelvin Tyler said. “We were fourth, but we haven’t raced for a while. We are probably looking more for a wet track with a few of them. We just need a bit of rain relief.”

Like many farmers around the country, the Tyler team are looking for rain, but the forecast downpour on Sunday won’t come soon enough for their team at Ascot Park on Saturday. The Tylers have 10 horses competing at the Southland meeting, including three in the Listed ILT Ascot Park Hotel Southland Guineas (1600m). Their trio of Guineas contenders will be led by last start Listed Gore Guineas (1335m) winner Lightning Jack who has been installed as a $2.70 favourite for Saturday’s feature.

Kelvin Tyler was pleased with his winning effort last month and is looking forward to stepping up the gelding to the mile. “We knew he had tonnes of ability,” he said. “The tight-turning track was the biggest question, but he handled it well. “I can’t fault him, I am really happy with him.”

The son of Per Incanto has only tackled 1600m on two occasions, the Group 3 War Decree Stakes and Group 1 New Zealand 2000 Guineas, where he finished unplaced. However, Tyler said he has developed a lot since then and believes the mile distance is an ideal distance for the gelding. “He just needed a bit of time. There is not a lot to him, that’s why we didn’t go to Dunedin last start. “We just thought we would target the first one (Guineas) down here, and the last one. That has really suited him I think. “They (previous mile starts) have been against some pretty good fields, but a mile will suit him down to the ground, he will probably be looking for 2000m pretty soon. “He has settled quite well in his races, so a mile won’t be a problem at all.”

While pleased with his runner, Tyler does have some concerns with Lightning Jack drawing the outside gate in the 11 horse field. “From the outside gate he will probably have to go back a bit,” Tyler said. “I don’t like hunting them out too much. Hopefully he can get a nice run. “The Invercargill track sometimes has a front-runners bias, so he’ll probably need a bit of luck, but I couldn’t be happier with the horse.”

The Tylers will also line-up He’s Got Power and Kitty Power in the Southland Guineas. Tyler has been pleased with the way He’s Got Power has settled back home after his recent trip north to tackle the Karaka Million 3YO Classic (1600m) at Ellerslie. The gelding finished unplaced, but Tyler was happy enough with the run on the firm surface. “All of his form has been on wet tracks,” he said. “I know they have been irrigating, but he needs a wet track. “I can’t fault the horse, he came back from Auckland 100 percent. He’s got a good draw (1) and he likes to go forward, so he will be up there somewhere. “A mile won’t bother him at all, just the firm track might trip him up, but we will give him a chance.”

Tyler is more reserved about his expectations with three-year-old filly Kitty Power. “She is probably just a runners chance,” he said. “She tries hard, but she is not a champion. She has got a nice draw (5) and she likes to go forward.”

Killowat has had five starts this preparation for a win and three placings, and Tyler said he can be forgiven for his last-start unplaced run in the Listed Dunedin Gold Cup (2400m). “He actually stumbled a bit before the crossing and he never really got back into his rhythm,” he said. “Weight just killed him last time, that was his biggest problem. He is not a big horse, he will carry 57kg on Saturday. I know it is still enough for him to carry, but he seems to have come through that race really well, so hopefully he can get back on track. “He seems to be a different horse this week. He has drawn the outside too (11), but I am really happy with him.”

Tobilicious will take a strong form line into the Summer Cup, having won three of his last four starts. “Tobilicious will be a good chance,” Tyler said. “He has got blinkers on. He’s a bit wayward and I think blinkers will help him. “He just got caught with that frontrunners bias at Wingatui last start. They were just kicking off the front and the back runners had no hope there. “He has come through his race really well.”