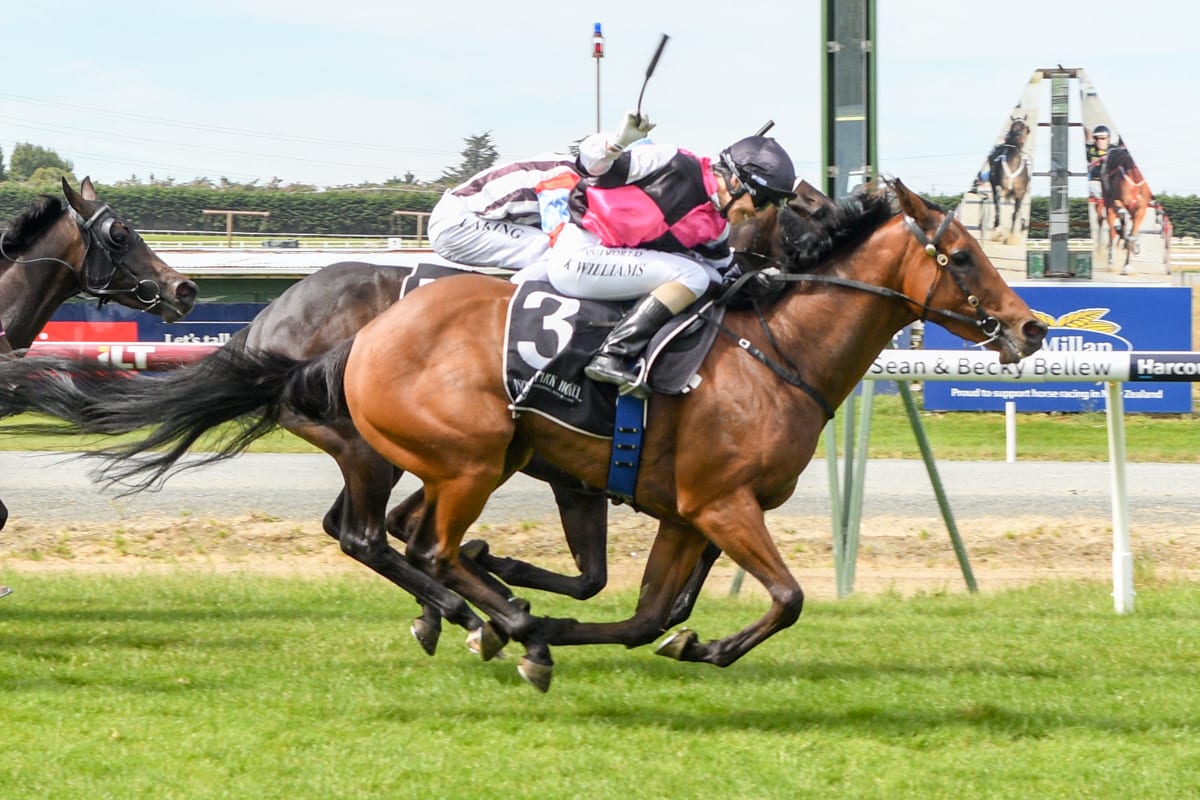 Promising three-year-old Lightning Jack made it back-to-back victories at stakes level when he produced a gritty effort to take out the Listed ILT Ascot Park Hotel Southland Guineas (1600m) at Invercargill. The Per Incanto gelding had broken his maiden status at Riverton over 1400m two starts back and then scored in a blanket finish to the Listed Gore Guineas (1335m) at his most recent run.

Trainers Kelvin and Aimee Tyler launched a three-pronged attack on Saturday’s Invercargill feature with punters declaring Lightning Jack the best of their chances and he didn’t disappoint his supporters as he dug deep in the closing stages to take out the contest.

Rider Kylie Williams was happy to sit back off a solid pace before looping the field with 600m to run. Sent four wide on the point of the home turn, Lightning Jack produced a similar finish that carried him to victory at Gore as he stretched late to collar Poniard in the shadows of the post with local runner Asathought closing off nicely for third.

Kelvin Tyler has made no secret of the high regard he holds Lightning Jack in and his opinion was franked again with the winning performance. “I’ve said all along he is a good horse and without being over-confident we had expected him to do that again today,” he said. “She (Williams) rode him like the best horse in the field and when he got to the outside turning for home, I knew just what a turn of foot he has so I was thinking then he was going to be hard to beat. “He just keeps improving and he liked the step up in distance so hopefully there is plenty more in store for him yet.”

While Tyler hasn’t mapped out a set programme for the horse, a trip to Wellington next month is on the cards as the stable looks towards two of the feature races at Trentham on March 14. “We are looking at taking Feel The Rush to Trentham for the Oaks (Group 1, 2400m) next month so this guy could go with her as a travelling companion,” he said. “A race like the Wellington Guineas (Group 2, 1400m) appeals as I think the big roomy track there would suit him perfectly. “He can handle some cut in the ground as well so if they got any rain that wouldn’t worry him. “We will just see how he comes through today but that looks like a good target for him.”