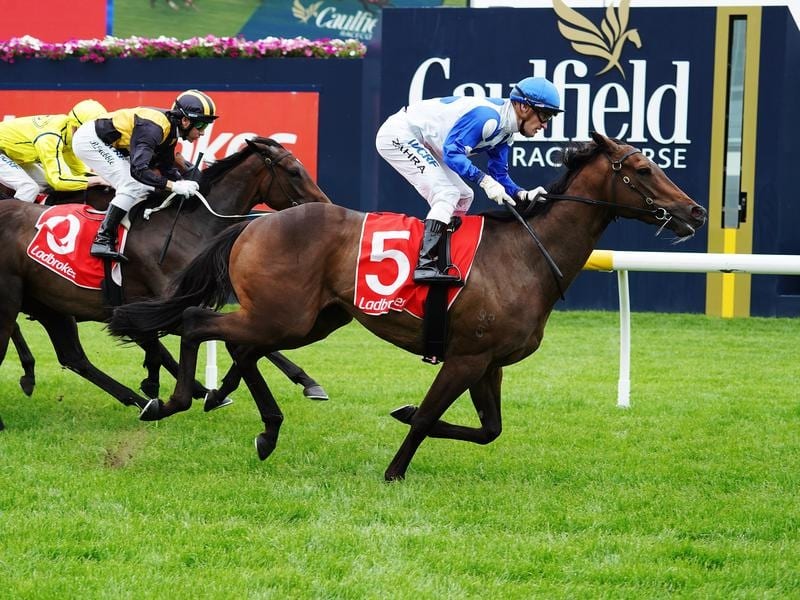 Jockey Ben Melham and apprentice Nathan Punch have both been suspended for an incident at Caulfield which forced Georgina Cartwright to severely check her mount.

They were both outed for the incident in Wednesday’s 1000m-race in which Punch finished third on Beaverbrook and Melham fourth aboard From The Clouds.

As Melham was shifting out to get a run to the outside of runner-up Left Jaybee Out, Punch was shifting in with Cartwright aboard Roddandtodd sandwiched between the pair.

Racing Victoria stewards said both jockeys contributed to the incident.

Punch starts his suspension immediately and can return for the Boxing Day meeting at Caulfield while Melham rides at Flemington on Saturday and is back for Moonee Valley on December 29.

Mark Zahra was outed or eight meetings for his winning ride on Royal Performance in a 1400m-race after being found guilty of pushing out near the 250m mark.

His ban also starts after Flemington on Saturday and he can return on December 31.