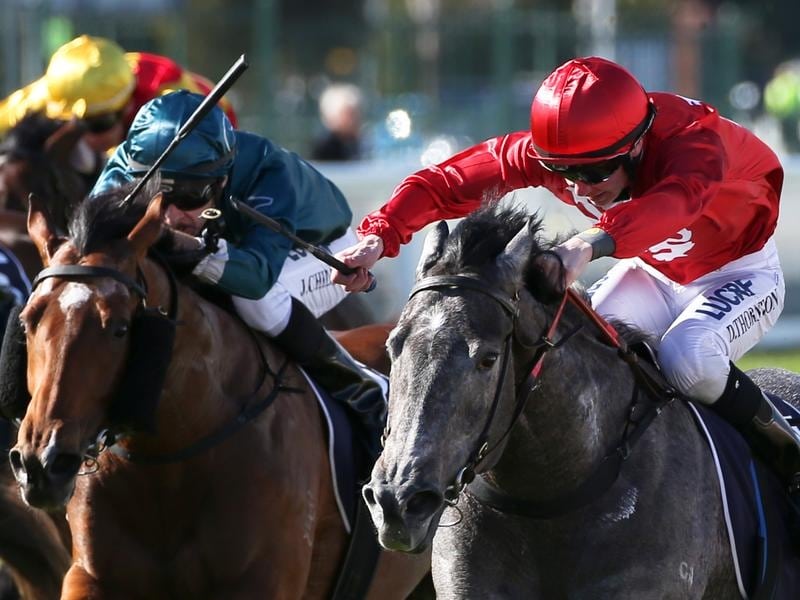 Jockey Damien Thornton has had a “breakout” year in Victoria and has added to it with a win on Wild Flyer at the final city meeting of the season.

The 22-year-old spent 14 months riding in South Australia before deciding to return home to Victoria early this season last September.

He has ridden 101 winners in the state during the 2017/18 campaign including notching his eighth metropolitan victory at Caulfield on Saturday.

“It’s been a pretty good breakout season for me,” Thornton said.

“I’ll have a full 12 months here next season and I’ll see where I get to.”

Wild Flyer ($8.50) was second on debut at Geelong on a soft track earlier this month and after sitting outside the leader Social Spin in Saturday’s race she kicked strongly in the straight.

Wild Flyer defeated Ruban Bleu ($2.70) by three quarters of a length with another length to D’Grammy ($16) third.

“I knew she would improve back on top of the ground today. I was actually pretty confident coming into today.”

Trainer Henry Dwyer is convinced Wild Flyer will be better next preparation and admitted he was a little surprised by the victory.

“I came here thinking if she could run well that would be great and then she could go to the paddock for a break but she’s really showed the benefit of that first-up run and she couldn’t have done any more today,” Dwyer said.