The gift that keeps giving for Mason 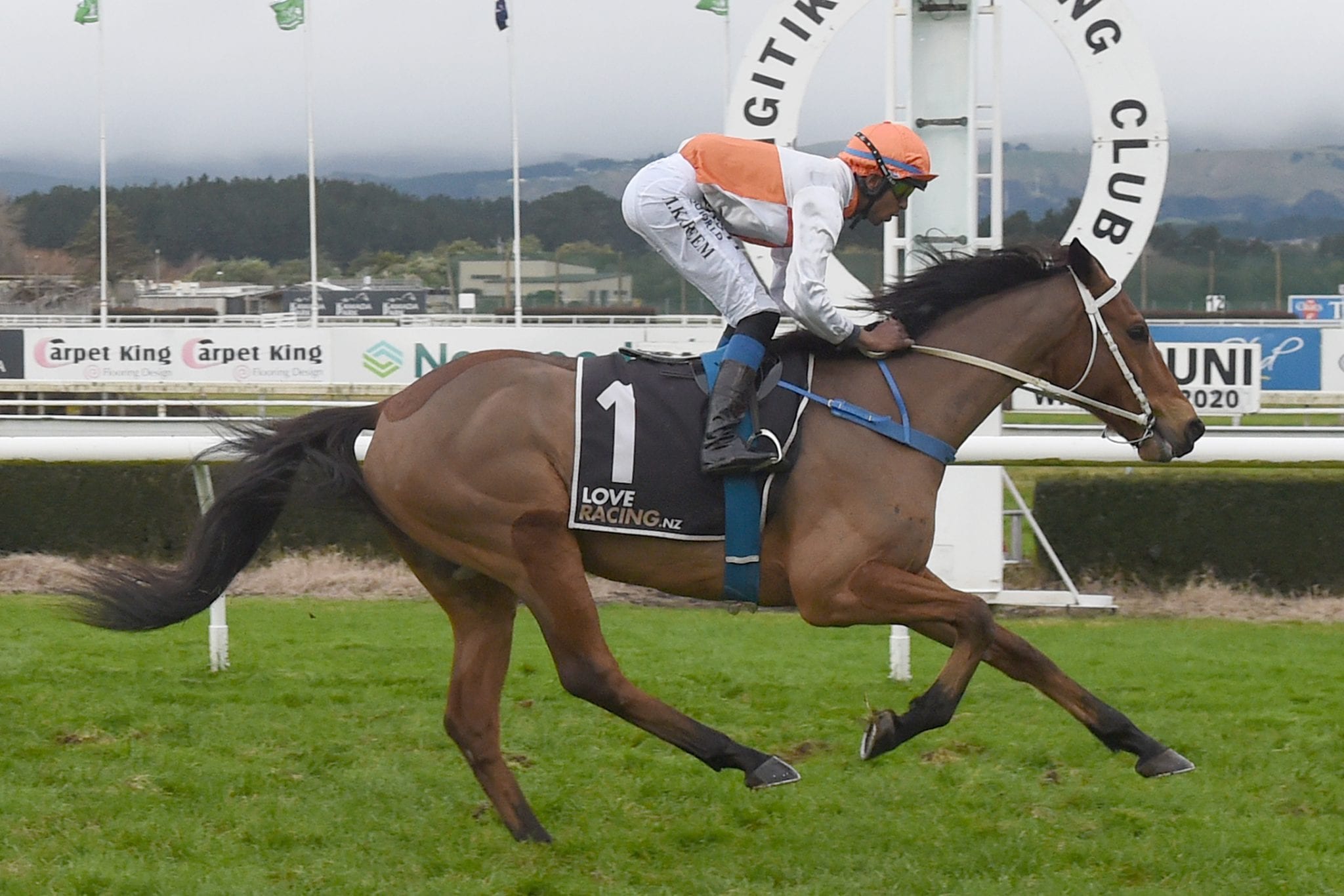 Well-travelled galloper My Gift bounced back to winning form on his favourite track when he dominated his rivals over the closing stages of Saturday’s feature race at Awapuni, the John Turkington Forestry Ltd Rangitikei Gold Cup (2100m). The rising eight-year-old won his first three races in Europe before an unsuccessful 19-race stint in Hong Kong was ended when he was sent back to New Zealand and the care of Te Aroha trainer Gary Hennessy.

Hennessy offered My Gift to owner-trainer John Mason who had lost the services of promising maiden Guess Who when he broke down badly during a race at Tauranga. Mason gratefully accepted the offer and was duly rewarded when the horse won over 1600m at Te Aroha at just his fourth start for the Tokoroa trainer.

My Gift has gone on to put together a solid record, winning on seven further occasions including three from five starts at Awapuni. “He’s a pretty good horse and probably right up to the best around,” Mason said. “Like a lot of those horses that come back from Hong Kong it’s a matter of keeping them from reverting to any bad habits they might have picked up and we’ve managed to do that with this guy.

“He normally takes a couple of starts to get race fit and that was his third run on Saturday so I thought he was thereabouts. “He works on the grass track we’ve got at home so it takes a while to get them to peak but after his last start where Craig Grylls rode him, he got off and told me he would go pretty close next time. “He had to be good on Saturday as they rode against him a little but once he got into the clear he was strong to the finish.”

After being allocated topweight of 63kgs when the fields were announced, Mason took the opportunity of putting four kilogram-claiming apprentice Mubs Kareem aboard and was pleased with the way the young rider handled the occasion. “I wanted to get a claim off his back so I asked Noel Harris to help me out and he got the lad for me,” Mason said. “You just can’t win when your giving up to 8kgs away to the bottom weights so I knew I wanted to claim. “I didn’t know too much about him (Kareem) but he did a good job and rode him just how I asked.”

Mason is undecided about where to go next with My Gift although he is keen to tackle some of the better races in the spring. “I think he is good enough to win a Group race,” he said. “He ran second to Peso at Hastings last season off a tough run and he went on and ran a placing behind Melody Belle in the Group 1 later in that carnival so the form stacks up okay. “He backs up well so we can look at what is coming up and take it one race at a time from there. “He can handle most tracks as he has won on Heavy through to Dead so there should be something in the spring that will suit him.”