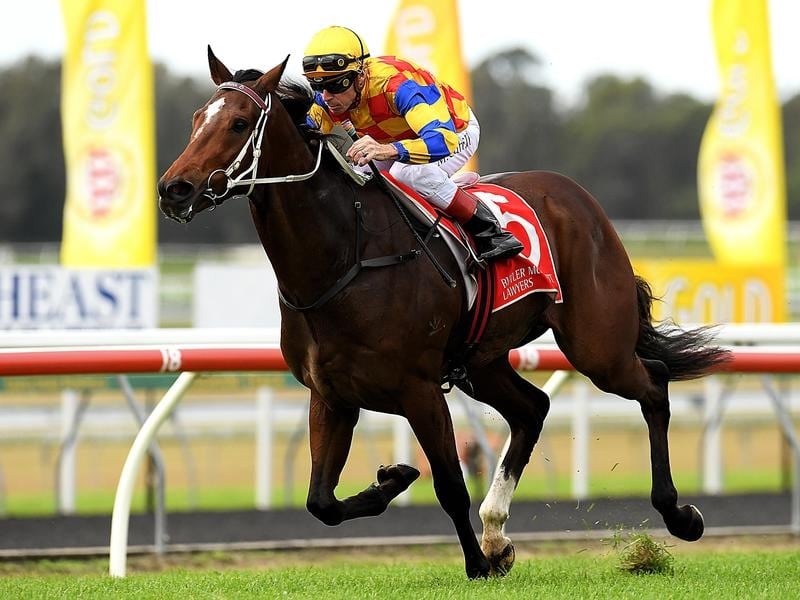 Two-year-old The Fire Trap confirmed his rating as a future top-line galloper at Caloundra but his biggest fan wasn’t there to see it.

Driven forward from a wide barrier The Fire Trap ($6) shared the lead into the straight but came away for a strong win in the Bruce McLachlan Classic (1200m).

Trainer Matt Dunn had been at Caloundra earlier in the day to see several of his runners fail to run a place but left early to catch a plane.

He and his wife Keira are off on their annual short break with a trip to Hong Kong.

Dunn believes The Fire Trap can go places and he was backed up by winning jockey Michael Cahill.

“I have liked this horse from the first time I rode him in a barrier trial. He has a heap of potential,” Cahill said.

“There is no doubt he should have won his previous start at Ipswich when he finished fourth. If he got a clear run or even drawn a decent barrier he would have won for sure.”

“He will make a very good three-year-old.”

The Fire Trap, who won his only other start also at Ipswich, is likely to spell.