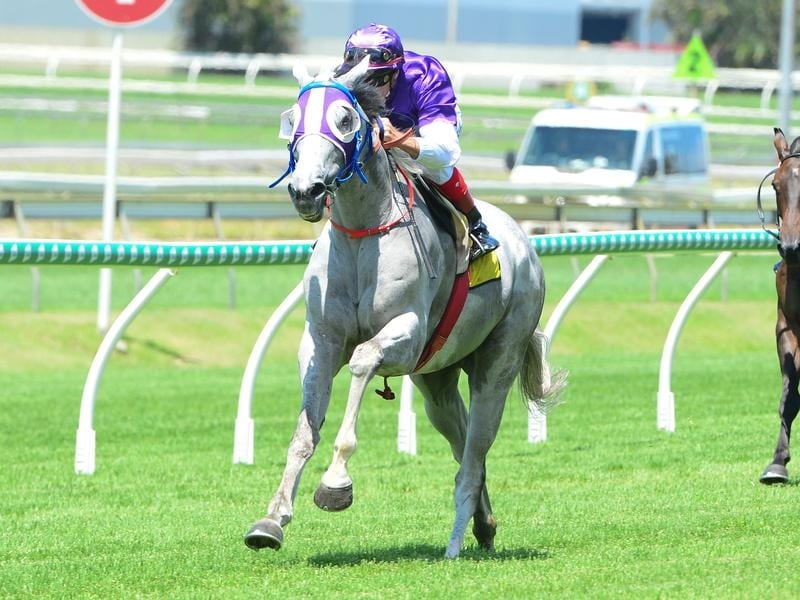 Owner Lucky Pippos has been rewarded for his confidence in The Candy Man overcoming a life-threatening injury.

The Candy Man suffered a shattered jaw and had to survive a nine-hour operation before having 18 months away from racing.

He was having his fourth run back from a spell when he won at Doomben on Wednesday.

Trainer Barry Baldwin said the win was one of the most satisfying of his long career which includes multiple premierships and Group One winners.

“It was a stable accident where he got strung up in his stall,” Baldwin said.

“He ended up with seven plates in his head to correct his jaw. He was operated on at the Gatton vet’s surgery and they are very proud of their work.

“Lucky Pippos part owns him and he has spent thousands of dollars on the operation and getting him back to the races.

“I am really happy for Lucky and the other owners today. The Candy Man gave us a fright at the start but he can go on to win better races for the owners.”

The Candy Man is a grey gelding racing in the colours of the famous galloper Gunsynd who was part-owned by Pippos’ brother George.

George Pippos was a prominent owner and well-known figure in rugby union who died about 10 years ago, leaving his colours to his brother.

The Socialist boosted his sale value when he also won at Doomben.

The gelding was for sale on the internet and would have boosted his $15,000 asking price with the win.

“He is a pretty handy horse by Snitzel so it will be interesting to see where he ends up,” trainer Steve O’Dea’s foreman Matt Hoysted said.