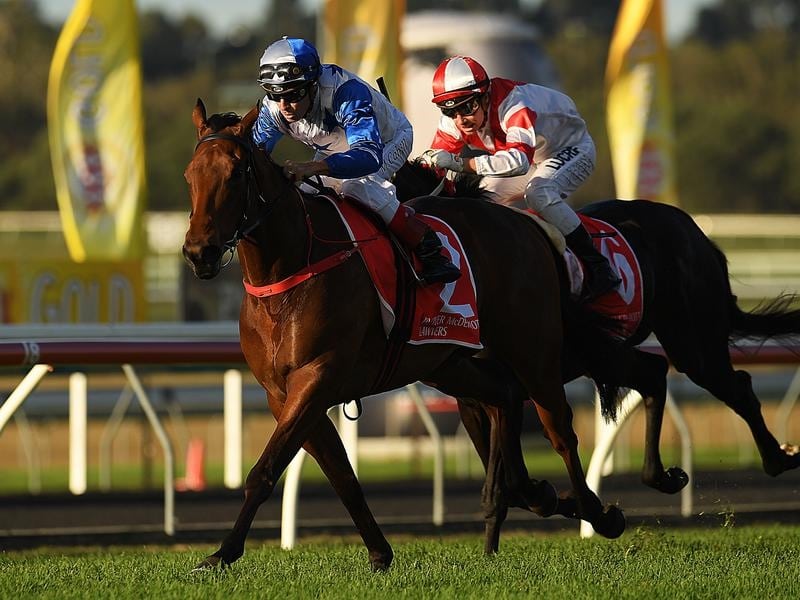 Promising New Zealand three-year-old The Bostonian showed the decision to stay in Queensland after some early setbacks was the right one when he won his second stakes race for the winter at the Sunshine Coast.

Given the run of the race by jockey Michael Cahill, The Bostonian, the $2.60 favourite, scored by three-quarters of a length to Bold Assassin ($19) in the Group Three Sunshine Coast Guineas.

Trainer Tony Pike brought a smaller team than normal from his Cambridge base for the winter but he will go home with seven race wins including three by The Bostonian who also won the Listed Daybreak Lover Stakes.

Pike had high hopes for The Bostonian in races such as the Queensland Guineas but had to put those plans on hold for a series of reasons.

“It has been well documented we scratched him a couple of times early because of wide barriers and then he got bitten but a green ant or spider,” Pike said.

“We had to treat him and by the time he was ready to race the winter was pretty well over.”

Pike said the Sydney or Melbourne spring carnivals were options for The Bostonian who showed he could handle 1600m with the Guineas win.

The Guineas has proved a good race with the most notable winners being Winx and subsequent Group One winner Tivaci.

But other recent winners Hopfgarten and Crack Me Up have gone on to win good stakes races.

“It is obviously a step up for the Sydney and Melbourne races. But he has done what we wanted and deserves a chance. We will work out where when the dust settles,” Pike said.

He admitted it had been tempting to head home when things went wrong for The Bostonian early in the winter.

“But we had confidence in him and at least he got to acclimatise here,” Puke added.

Cahill said The Bostonian had the race in his keeping a long way out.

“He is a pretty good horse with a bright future,” Cahill said.