The Autumn Sun To Shine At Randwick 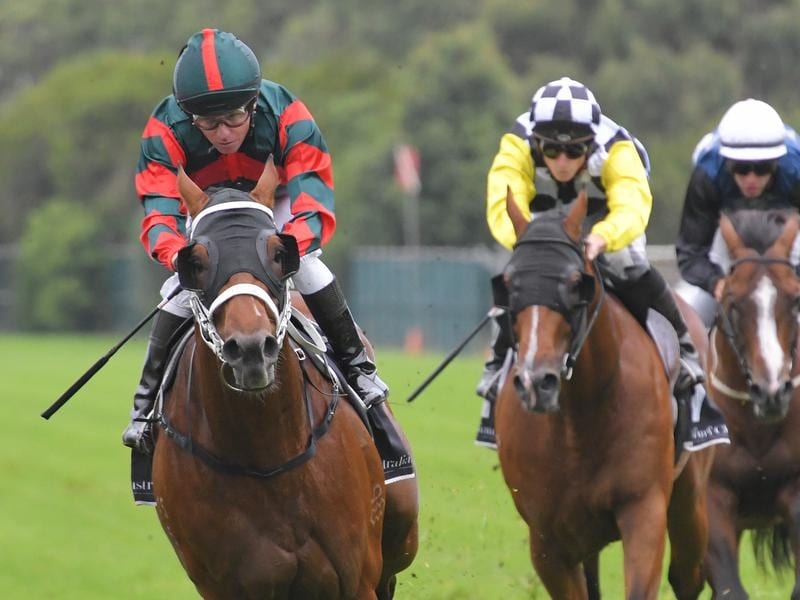 The most valuable and talked-about colt in Australia will be on show in the Randwick Guineas with his trainer Chris Waller confident The Autumn Sun can live up to the hype.

Although he won the Hobartville Stakes on his return and is the odds-on favourite for Saturday’s 1600m-race, some pundits questioned whether his victory two weeks ago was as impressive as had been expected.

The Autumn Sun beat the Anthony Cummings-trained Vegadaze, a Guineas rival on Saturday, by a long neck after being last on the turn.

The colt did impress Waller who describes him as perfect.

“He had two trials and he didn’t win them and people were questioning him but that’s how we prepare our horses,” Waller said.

“He is a horse with the greatest temperament. He is so relaxed. He is just the perfect horse and ticks all the boxes.

“He has come through his first-up run very well. He had a quiet week following his first-up win and that has seen him return to his racing weight.

“In fact he goes into Saturday’s race a couple of kilos heavier, as well as being fitter. The mile will be no problem to him and barrier four looks an ideal gate.”

Waller was not sure the soft track suited The Autumn Sun in the Hobartville and is convinced he will be better on firmer ground.

“Not that he doesn’t handle the wet but I think he is a little more effective and gets his chance to show his brilliance on the good track,” he said.

The Autumn Sun has won six of his seven starts, three at Group One level – the J J Atkins, Golden Rose and Caulfield Guineas.

John Messara’s Arrowfield Stud bred The Autumn Sun and recently convinced owner Eugene Chuang to sell a half share back to the farm where he will stand when he retires from racing.

Fuelling Messara’s desire is the reality The Autumn Sun’s champion sire Redoute’s Choice is now on restricted duties at Arrowfield.

“Redoute’s Choice is coming to the end of his serving days and The Autumn Sun will be a wonderful replacement,” Messara said.

Connections will decide after Saturday whether The Autumn Sun takes on older horses in the George Ryder Stakes, Doncaster Mile or the Queen Elizabeth Stakes with Royal Ascot in June still on the table.