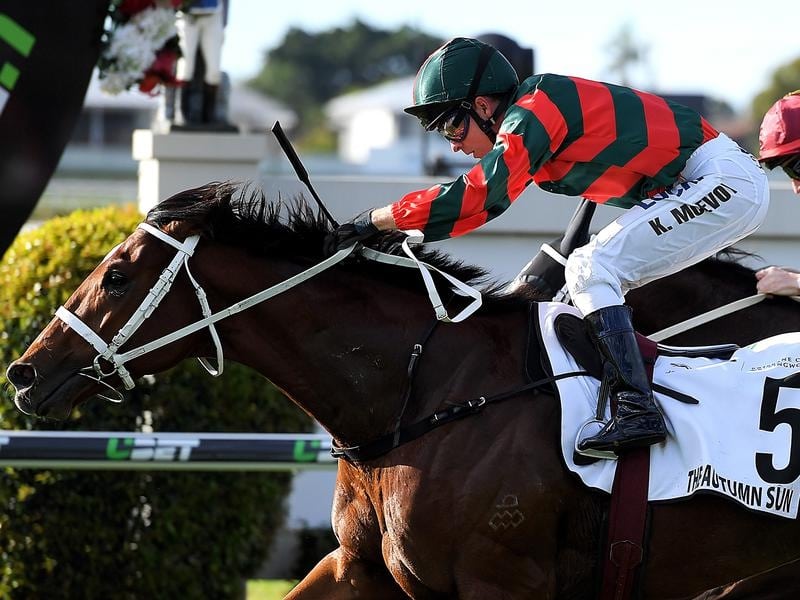 Unbeaten colt The Autumn Sun has been installed favourite for the $2 million Caulfield Guineas after the release of nominations for the Group One race for three-year-olds.

The TAB has posted Group One winner The Autumn Sun at $14 for the 1600m race on October 13 after 267 nominations were taken on Tuesday.

The Chris Waller-trained The Autumn Sun capped his juvenile season with a Group One win in the JJ Atkins (1600m) at Doomben in June to take his record to three wins from as many starts.

The Hawkes Racing-trained Brutal, an impressive five-length winner at Caulfield on debut last month, has already tightened from $18 to $16 on the second line of betting ahead of a group of five three-year-olds – Bondi, Oohood, Performer, Seabrook, Zousain – at $18.

Group One winner Seabrook and multiple Group One placegetter Oohood also hold entries for the $500,000 Group One Thousand Guineas (1600m) for three-year-old fillies on the same day.

The Thousand Guineas has 262 nominations.