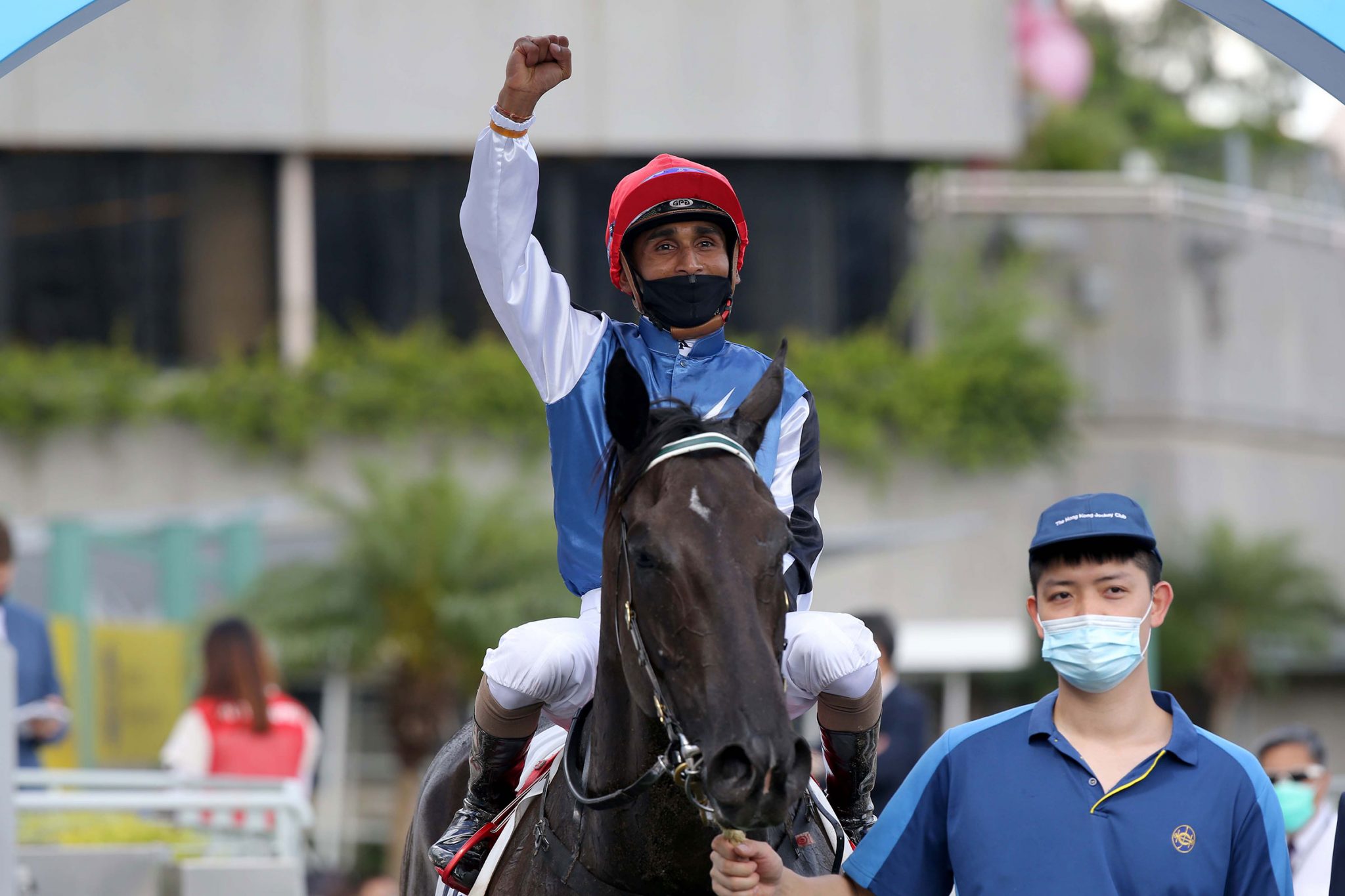 Holding an entry for the Group 1 LONGINES Hong Kong Cup (2000m) in December, Berlin Tango will attempt to accelerate his career progress by chasing success in the Class 2 American Club Challenge Cup (1800m) at Happy Valley on Wednesday (3 November).

A Group 3 winner in England for Andrew Balding, Berlin Tango has had eight Hong Kong attempts without victory so far, but Karis Teetan believes improvement is imminent after a last-start sixth over 1800m at Sha Tin.

Currently rated 88 in the handicap, Berlin Tango (121 lbs) will jump from barrier one for Teetan in the programme feature, while Joao Moreira partners Savaquin from gate four for John Size.

Trailing Zac Purton by 11 wins in the jockeys’ championship, Moreira concedes his arch-rival has the upper hand in the battle for this year’s title but hopes to make up some of the leeway at the city circuit.

“I honestly think Zac has a bigger chance than me this season (to win the championship) because he is getting a lot of support and he is riding at the top of his game,” Moreira said.

“In my opinion, it works this way here in Hong Kong – when you are able to get the majority of the trainers backing you to win the championship, you are very likely to win it.

“That’s pretty much what happened to me last season and this season it has gone Zac’s way, but I’ll be doing my very best and we’ll see where we are at when it comes closer to the end of the season.”

“He’s disappointed by not winning a race by now, he could have two wins by now,” Moreira said. “He should be a good winning chance. It’s an open field and anything can win in this race.”

“He’s got some speed, he’ll put himself in the right spot. He’s just a very relaxed horse. When he can’t see another horse in front of him, he tends to look behind to see where they are. With the blinkers on, it will be difficult for him to do that,” Purton said.

“I’ve liked the way he’s gone (in three trials) and I think there’s enough there to go to the races and be competitive. I expect him to run well. If he doesn’t, I’ll be disappointed.”

Blake Shinn is confident he can continue a winning partnership with David Ferraris when Go Ballistic tackles the Class 5 Kam Shan Handicap (2200m) after the pair triumphed with Bear Again at Happy Valley on Sunday.

“He steps up to 2200m which I think should be the recipe for success. I can’t see why he won’t run a great race. He’s a horse that jumps well and tomorrow night I envisage us going forward and taking up a prominent position – I reckon we’ll be in the first three, taking control of the race,” Shinn said.

“He stays strongly and, being in a good position, I think he’ll run well.”

“It was a great training performance and nice to get the result. The horse had been off the scene for some time with injury. He’s a really courageous horse and it was nice to get the win. I believe he can win in Class 2,” the Melbourne Cup-winning jockey said.