Teetan ‘hungry’ as ever ahead of International Jockeys’ Championship defence 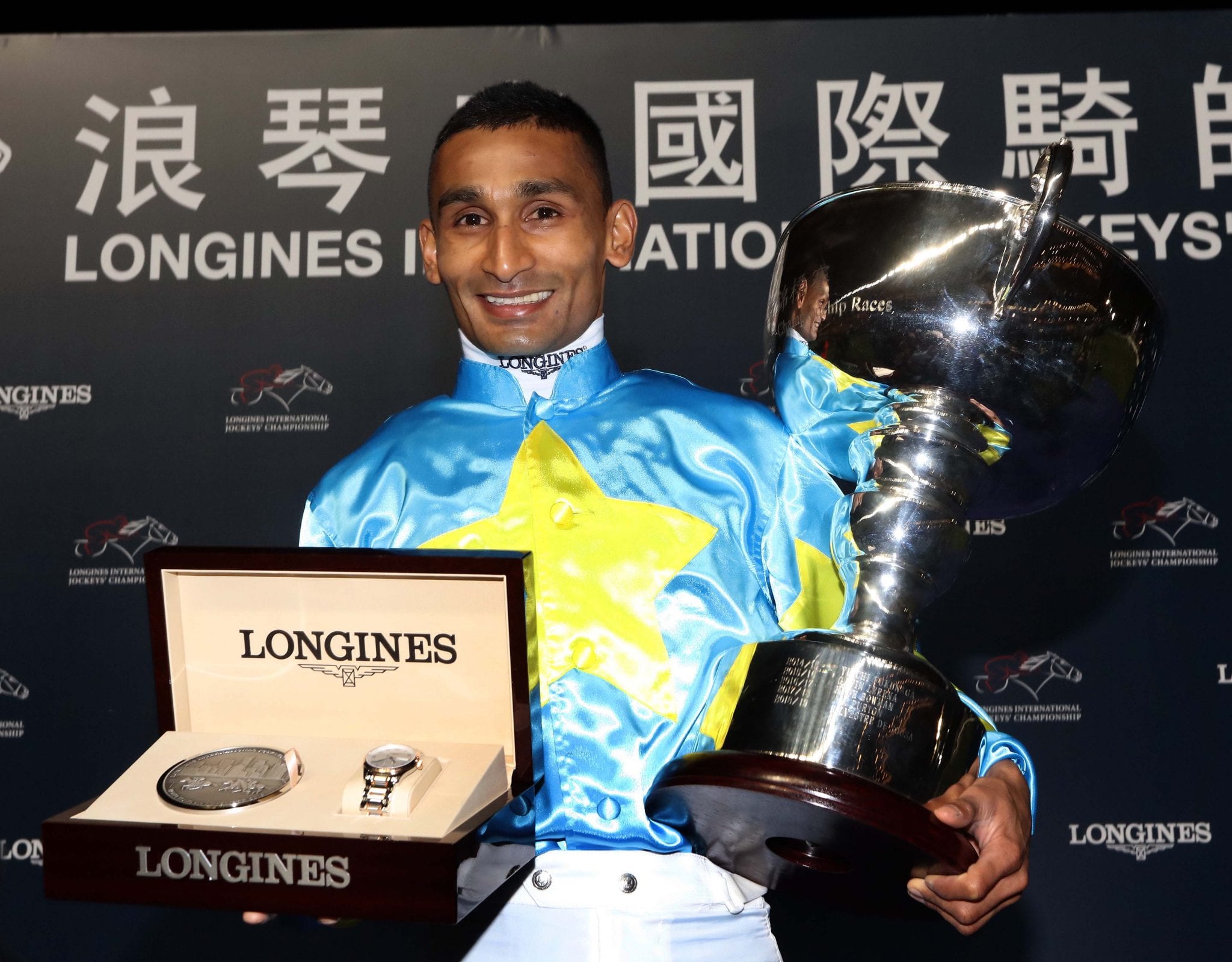 A determined Karis Teetan will defend his LONGINES International Jockeys’ Championship crown next Wednesday (9 December) at Happy Valley against 11 world class rivals as he bids to become the second back-to-back winner of the challenge.

“I won it last year – it’s made me hungry to try and win it again this year, so I will be giving it my best,” Teetan said.

The Mauritian secured his first in 2019 with a hugely consistent effort across the four-race spectacular, taking home the coveted silver whip and first prize of HK$500,000.

“I wouldn’t say I was nervous but I definitely felt the pressure – we’re human and it did get to me, it’s the world’s biggest stage and you’ve got all these top jockeys around you from the world,” Teetan said.

After notching a third and a first from the initial two legs, he was in pole position, before edging past rivals with another third-placed effort in the decider.

“You definitely feel the pressure but I was not like nervous that I couldn’t do it but I did have to keep my cool and try to relax – I’ve ridden at the Happy Valley track for so long so I just had to try and ride and do what I’ve been doing and it worked out perfectly.”

The Mauritian ace shrugged off the pressure, a world-class line-up and, with a bit of luck he captured his maiden LONGINES IJC triumph – with a bit of help from a fast-finishing High Rev.

“It was a bit heads up and heads down – I knew I had finished off strongly but I knew there were a few horses on my inside and I had a feeling I was there but I wasn’t sure.

“When I saw the number go up, I still wasn’t sure how many points ahead I was but when I came in Umberto Rispoli told me ‘You won it – don’t worry’, so then I got excited,” Teetan said.

Four points for third was all Teetan needed from High Rev and that’s what he got as he leap-frogged Ryan Moore into first place, winning with 20 points to Moore’s 18.

“There’s a lot of jockeys in the challenge who have ridden in Hong Kong but most of the guys that come sometimes have good experience.

“But us Hong Kong-based riders are in and out of Happy Valley every week so we sort of know how the track is running, where it’s running, and what’s happening – it definitely helps that we get to ride on it every week,” Teetan said.

“I would say winning the challenge helped me even in Hong Kong, more owners have seen me on the big stage and trainers have noticed, even now and it’s a big challenge and of course to win it was something really special.”

“It’s one of the biggest events for jockeys around the world, and last year you saw how many people travelled to Hong Kong for the week and the weekend of the International races at Sha Tin,” Teetan said.

Teetan’s first Hong Kong win came at his first ride back in September 2013, saluting aboard Amazing Always for David Ferraris. Since then, the Mauritian has added a further 418 to his running total.

South Africa’s Champion Apprentice of 2008 has thrived in Hong Kong’s tough environment with considerable success and he now ranks among the circuit’s best.

“It meant a lot, being in Hong Kong and achieving big things like that, to put yourself on the world stage, this place only makes you improve – looking back it was such a great experience and something that I will never forget,” Teetan said.