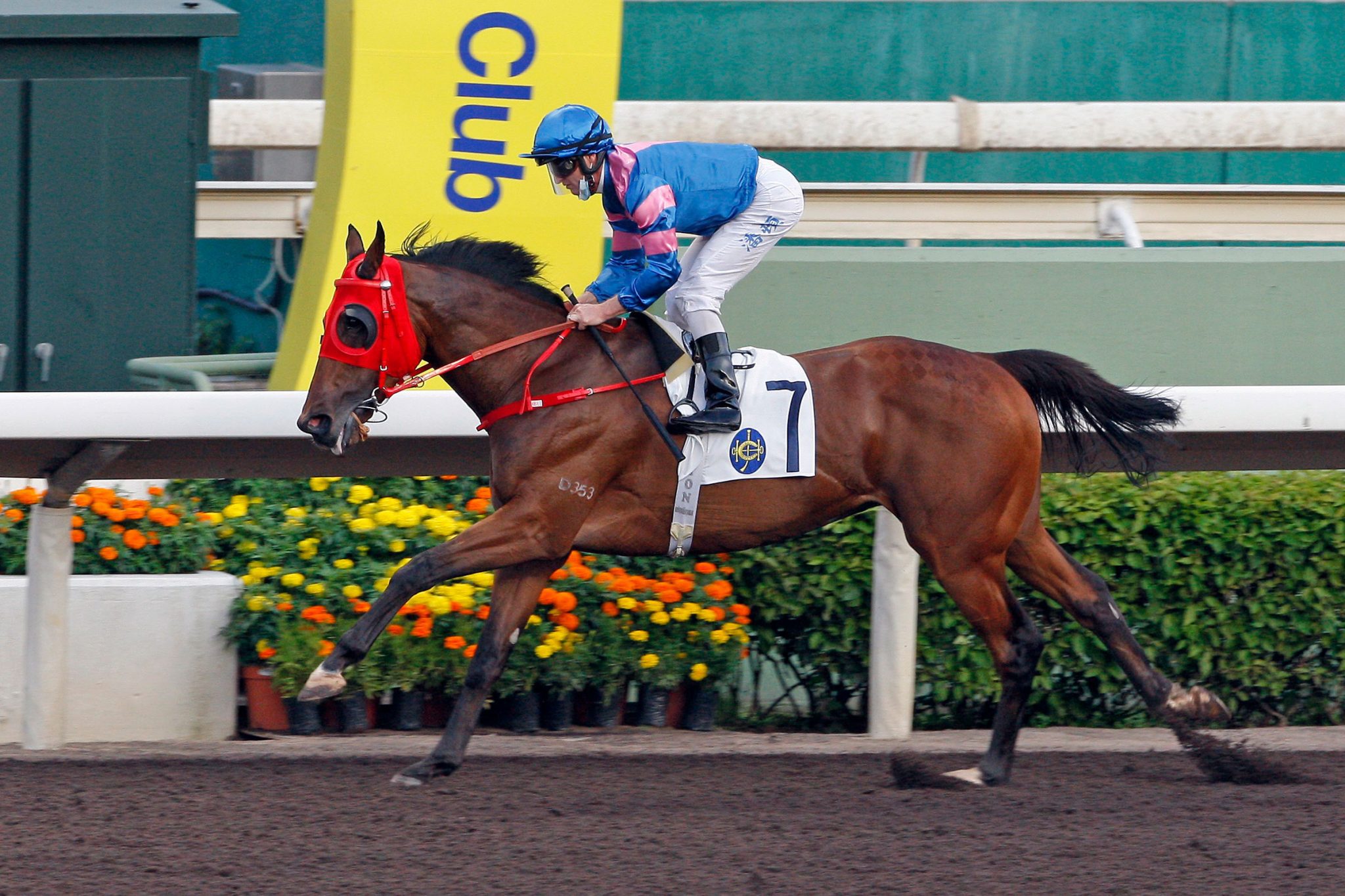 Teetan is banking on the former Chilean’s established affinity with the dirt despite concerns Sunday’s assignment will be too short for the talented galloper, who closed last season with three 1650m victories from four attempts at Sha Tin.

A triple Group 1 winner in South America before transferring to Danny Shum’s stable, Hongkong Great smashed classy Gun Pit’s course 1650m record in May this year with a blistering gallop of 1m 36.15s.

Teetan, who suffered right shoulder and neck soreness in a fall at Happy Valley on Wednesday (6 October), is hopeful of making a seamless start from barrier one on Hongkong Great, who led throughout to win a 1200m barrier trial on the dirt on 28 September.

“He felt good in the trial, he enjoyed the all-weather track. He did it pretty easy. I was surprised how well he handled the dirt, now I know why he’s won his races so comfortably,” the Mauritian said.

“He’s nice, fresh. He’s got a bit of a spark at the moment. I thought 1200m would be a bit too short for him, but he can handle the track and if I can get him into a good position where he can have a bit of room, I think he will be okay.

“1650m and 1200m are completely different, but if he can have a good jump and lead the race, that would be ideal. I’ll speak to Danny and see what he’s got in mind.”

Teetan, 31, showed no ill effects from Wednesday’s accident during trackwork this morning (8 October) at Sha Tin.

“Of course, it’s (the fall) not a good thing to happen but I’m okay. I’ve got a sore shoulder and a stiff neck but the Club’s doctor and everybody has looked after me pretty well. We checked everything and there’s no tissue damage – there’s just muscle soreness. I can pull through it,” he said.

Teetan takes over on Hongkong Great in place of Zac Purton, who is serving a two-meeting ban.

Fresh from posting his 70th Hong Kong winner and graduating from apprentice to Club freelance rider, Jerry Chau plans to build on impressive momentum when he partners First Responder in the Class 3 Yeung Uk Handicap (1200m) for Douglas Whyte.

“Last time, he ran so well. He’s not a young horse, but he’s kept improving. He’s got a fighting heart,” Chau said of the last-start Sha Tin winner, who rises from 121lb to 132lb in the handicap.

“He’s not a small horse and he can handle the heavy weight and Sunday he’s got a good draw (gate two), which will help him a lot.”

“It’s an amazing moment. Before that I thought I would be calmer, but after the winning post I was very excited – it was a winner for Tony Cruz. It’s meaningful because I was hoping this season to challenge for the Tony Cruz Award.

“This season, I hope to get more winners than last season – this is my first goal. My second goal is to ride in more Group races and hopefully have a Group winner.”

“I very much like this horse. He’s a horse who likes going in front, so no need to change the tactics and hopefully he can win again,” Hamelin said.

“The horse has a lot of speed, so we can jump fast and go quickly and that’s a big help. Last start, he was cruising on the turn, but he knows how to give a kick, which is very good.”

Impressed by Master Delight’s professional attributes, John Size is optimistic the Rubick gelding can cope with a tricky barrier to contend in the Class 3 Wo Tik Handicap (1400m).

“It’s an awkward gate (12), hopefully they show good speed in the race. It might help him if the field splits up a bit. He might get into midfield or something like that and that might help him out,” the Australian said.

“He’s done well, he’s settled in very quickly, actually, which is surprising for a new horse and when he trialled here, he did everything properly. He seems to have a good nature, a good temperament.”

Third behind talented Packing Victory on debut on 26 September, Master Delight is primed to acquit himself well, according to Size.

“He seems alright, he’s going back to the races a fortnight later. He seems to have done well after the run. He looks good and he probably should run well again,” the 11-time champion trainer said.

Size was pleased with Waikuku’s effort to finish second behind Master Eight in a 1200m trial on the dirt this morning, when Panfield, Champion’s Way and C P Brave also trialled conservatively.

“He looked normal to me, that’s the way he trials. I didn’t see that there was anything different from his usual pattern,” Size said of Waikuku’s effort under Zac Purton.