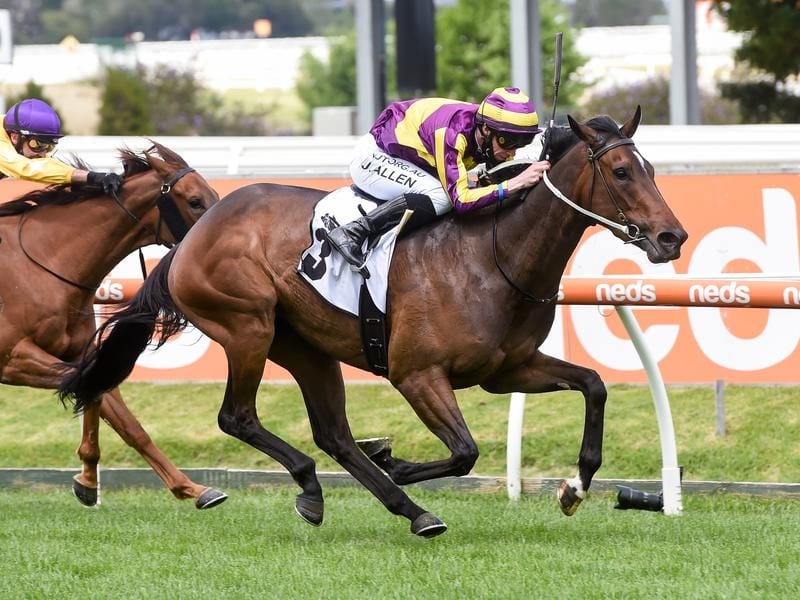 When it comes to challenges, Troy Cortsens acknowledges his three-year-old filly Swats That is facing her biggest test to date in the Group One Black Caviar Lightning.

“It’s well and truly sending her in the deep end,” Corstens said.

“For starters, she’s facing two of the world’s best sprinters in Bivouac and Nature Strip and that’s just for starters.

“Then there’s a myriad of stars she has to face such as Pippie, Fabergino et cetera.

“Where the two three-year-old fillies, September Run and Swats That stand, well who knows? We’ll find out.”

Corstens said that one of the reasons Swats That had to run in the Black Caviar Lightning (1000m) at Flemington on Saturday was because of a lack of suitable sprint races for three-year-olds.

“I suppose if there was a Group One sprint for three-year-olds then September Run and Swats That wouldn’t be in the Black Caviar, so the racing authorities are probably getting what they want with them running,” he said.

Swats That ended her last preparation with a second to September Run in the Group One Coolmore Stud Stakes.

The Chris Waller-trained filly was the only horse to defeat her last spring, also downing her first up in the Cap D’Antibes Stakes at Flemington.

In between those runs, Swats That won two Group Three races, the Champagne Stakes at The Valley and the Thoroughbred Club Stakes at Caulfield.

“She’s flying. She’s been terrific in her two jump outs. I think she’s come back in excellent form,” Corstens said.

Swats That will be ridden by Jye McNeil, who replaces her regular rider John Allen.

Corstens, who trains in partnership with his father Leon, said Swats That would play a stalking role behind the speedsters in the Lightning.

“It’s the last 100 metres where she will be strong but where that gets her, I’m not sure,” he said.

“She may be there at the finish, she may be a long way off.”

Corstens said pitting the filly against the country’s most seasoned sprinters would help them identify where the daughter of Shamus Award sat in the scheme of things.

“After that we can plan out the rest of her campaign. There’s a lot of options,” he said.

A field of eight will tackle the Lightning with Bivouac a firm $2.60 favourite ahead of Nature Strip at $4.

September Run is the only other horse at single-figure odds as a $6 chance with Swats That rated $15.