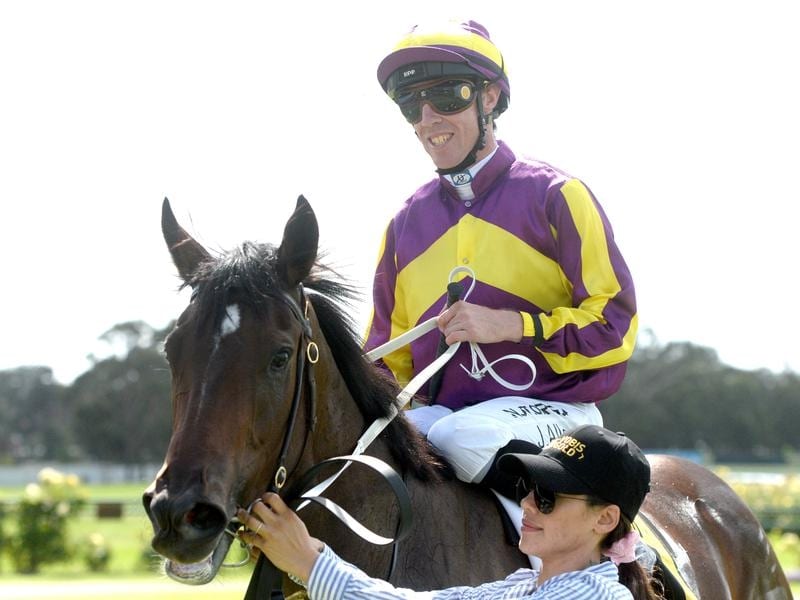 Swats That has given her connections a big pay day in winning the Bendigo VOBIS Gold Rush on debut.

The Leon and Troy Corstens-trained filly was dominant in Saturday’s 1000m sprint for two-year-old’s under the guidance of jockey John Allen, earning a first prize cheque of $137,500 with an additional $30,000 in Super VOBIS bonuses.

Sitting off the speed, Swats That ($6) sprinted quickly early in the straight, recording a 1-3/4 length win over Bella Nipotina ($8) with Masseuse ($7) the same margin off third.

Leon Corstens said he thought Swats That would be ridden closer to the speed after the filly had led in her jump-outs at Flemington.

But he said the stable had not tied Allen down with any instructions.

“You really like to see them race the way she did today whereas she went to the front and stayed there in her trials,” Corstens said.

“Today she was off the pace and worked home really well.

“We’ll go home, have a talk to Troy and the owners and we’ll see where we head to next.”

Allen said it was hard to get a gauge on the filly’s ability following her trials as she had not been “let off the bridle”.

“But she gave me a nice feel and it was pretty easy today,” Allen said.

Swats That is a daughter of Cox Plate and Australian Guineas winner Shamus Award and Allen said she should continue to improve as she gets older.

“Everything she’s done, she’s done pretty easily so you’d like to think being by Shamus Award she might get a bit further,” Allen said.

“But she was pretty good today over 1000 metres, so hopefully she can press on from here.”