Te Rapa specialist back on top at favourite venue 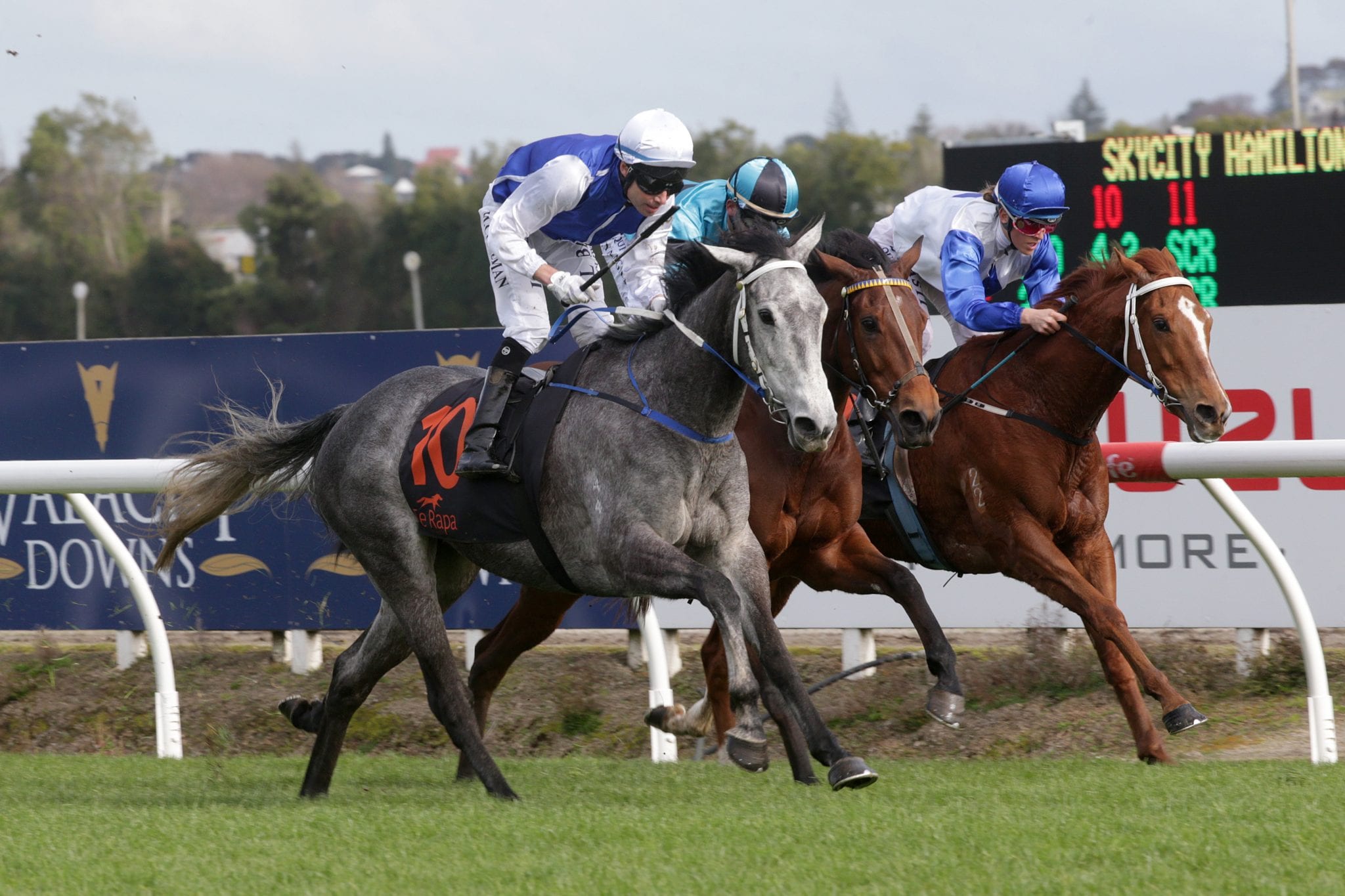 Matamata mare Polly Grey underlined her affinity for the sand based Te Rapa track when she scored comfortably over 1600m on Saturday. The Azamour five-year-old appeared unfazed by tackling rating 82 company for the first time as she cruised clear of her rivals in the last 100m to register her fourth career victory and third from just five starts at the venue.

Rider Michael Coleman had a lapful of horse as he asked his mount for a serious effort at the 200m after she had travelled peaches and cream just behind the speed throughout. Polly Grey quickly collared Tweedledee and the pacemaking No Loitering to score decisively by half a length and justify some heavy support in the final stages of betting before the race.

Trainer Kylie Fawcett, who shares in the ownership of the lightly raced mare with her brother Brook and her partner Robin Joyce, was full of praise for the ride by Coleman who has struck up a good association with her charge. “I was really happy to see her a bit handier this time, so it was a great ride by Michael and a good result,” she said.

“We’re going to put her out now and give her a bit of a freshen up as while she is still eating well and has trained on, she has lightened up a bit. “This was her last run as they are not going to race here on a Saturday for a few months so she can have a break. “My brother Brook has a share in her and my partner Rob. I was given the horse by Barbara Perry (her breeder) when she died so she is a bit special to us.”