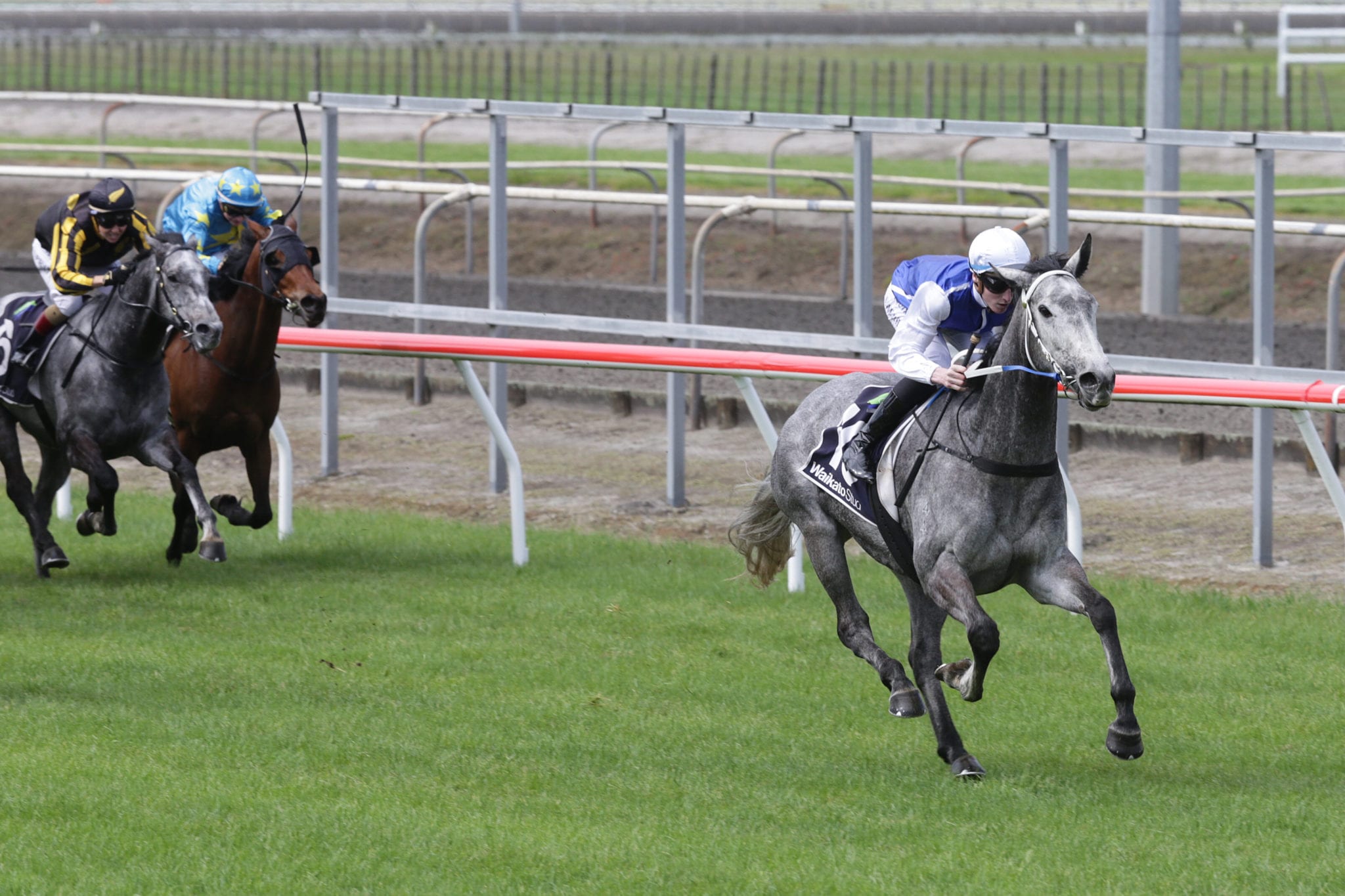 Matamata trainer Kylie Fawcett is pleased with last start Listed Matamata Cup (1600m) winner Polly Grey and believes the five-year-old can take the next step up in Saturday’s Group 3 Gee & Hickton Funeral Directors Thompson Handicap (1600m) at Trentham. The daughter of Azamour, who is adept on rain-affected going, has won her past three starts and Fawcett is keen to add some more black-type to her resume.

She carries 53 kilos in a field of eight headed by hardy Group 3 winner Dolcetto. “At this stage she is definitely on track for Trentham. I was very happy with her gallop on Tuesday morning,” Fawcett said. “I’m hoping the track will come back a point or two from the current Heavy11. I’d prefer to run her in that slower range. “But it is really just about having a trip away, as she hasn’t had a trip away over night before. That is something new for the both of us and will hold her in good stead for next preparation.”

With three race meetings programmed for Saturday, riders will be in short supply across Ellerslie, Trentham and Riccarton, leading Fawcett to engage Japanese jockey Ryoya Kozaki for Polly Grey and stablemate Ricky Baker, which will contest the Harrisons Carpet Premier Rating 72 Benchmark (1600m). “Wayne Hillis brought him over from Japan and he has previously done a stint with Chris Waller,” Fawcett said “He has ridden over 100 winners on the JRA circuit in Japan, including a Group 3, so he is more than capable. “He has been riding one a morning for me and he sits really nicely on the horses. I was really struggling to get a jockey and he was going to go to Ellerslie and I managed to convince him to come to Trentham. I think I tried about eight jockeys.”

Kozaki, who can ride at 51 kilos, is hoping to spend up to 12 months in New Zealand as he looks to improve his English and experience a different racing jurisdiction. He has recently returned from a weekend home in Japan where he rode in a Group race. Sam Weatherley had been aboard Polly Grey last start, but will be riding at Riccarton on Saturday. “I thought we had done away with them (three meetings on a Saturday) but obviously not,” Fawcett said. “With a black-type race at every meeting, it makes it even harder to secure quality riders.”

Fawcett said she was likely to give Polly Grey a break after Saturday’s mile contest and is keen to try her over more ground next campaign. “I think she will go out for November and then I will slowly get her ready for the early autumn,” she said. “I definitely think she could be even better at 2000m, just the way she finishes her races off.”

Meanwhile, Fawcett is pleased with stablemate Ricky Baker who has been placed at his past two outings. “He probably doesn’t want a Heavy11, he likes it in the slow range.” “I thought his run at Matamata was super. If we had been able to position a bit closer then he could have been right there in the finish. I’m expecting a really good run from him.”