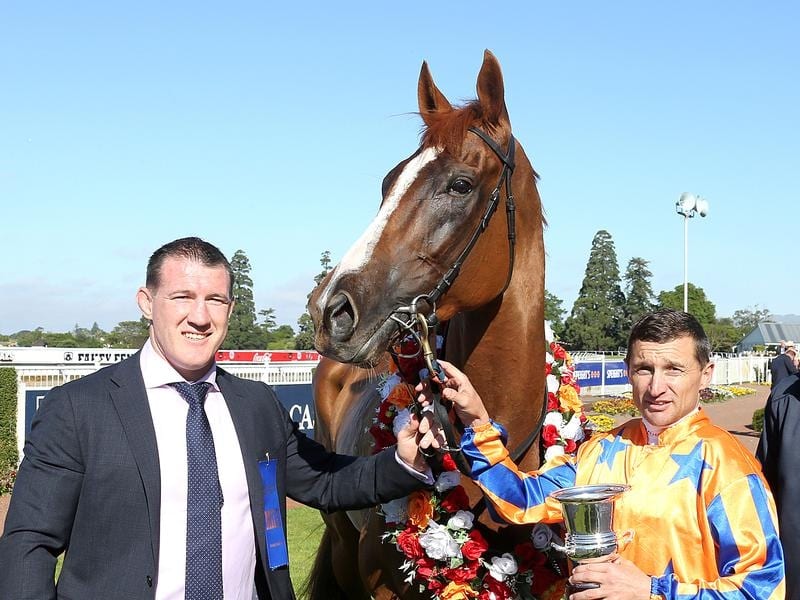 Hopefully the Cronulla Sharks golden point loss to the Canberra Raiders is not an omen for spruik horse Te Akau Shark.

The four-year-old, named for Sharks captain Paul Gallen, is the short-priced favourite for Saturday’s Tramway Stakes (1400m) at Randwick.

After being beaten at the weekend, Cronulla will now play West Tigers on Sunday and must at least draw to ensure they are in the final eight in the NRL competition.

Te Akau Shark, meanwhile, has settled in well at Randwick and race rider James McDonald gave him a gallop at Randwick on Tuesday.

The gelding is favourite for the Group Two Tramway and for the Group One Epsom Handicap four weeks later despite being beaten in his season return in the Foxbridge Plate at Te Rapa on August 17 and never having run clockwise before.

His stablemate, Melody Belle finished fourth at Te Rapa and came out last Saturday to win the Group One Tarzino Trophy at Hastings.

“He was very adaptable to his leads and got this way around really well. I couldn’t fault him at this stage and hopefully he lives up to his expectations.

“He’s a pretty professional sort of horse. He swapped and changed legs very easily and was very balanced around the bends so I can’t see it being an issue.”

The filly finished midfield in two Sydney races during the autumn and McDonald was enthusiastic about riding her although he conceded she was unlikely to beat Libertini.

The Anthony Cummings-trained Libertini is the dominant Furious Stakes favourite and lived up to expectations when she on the first leg of the four-race Princess Series, the Silver Shadow Stakes.