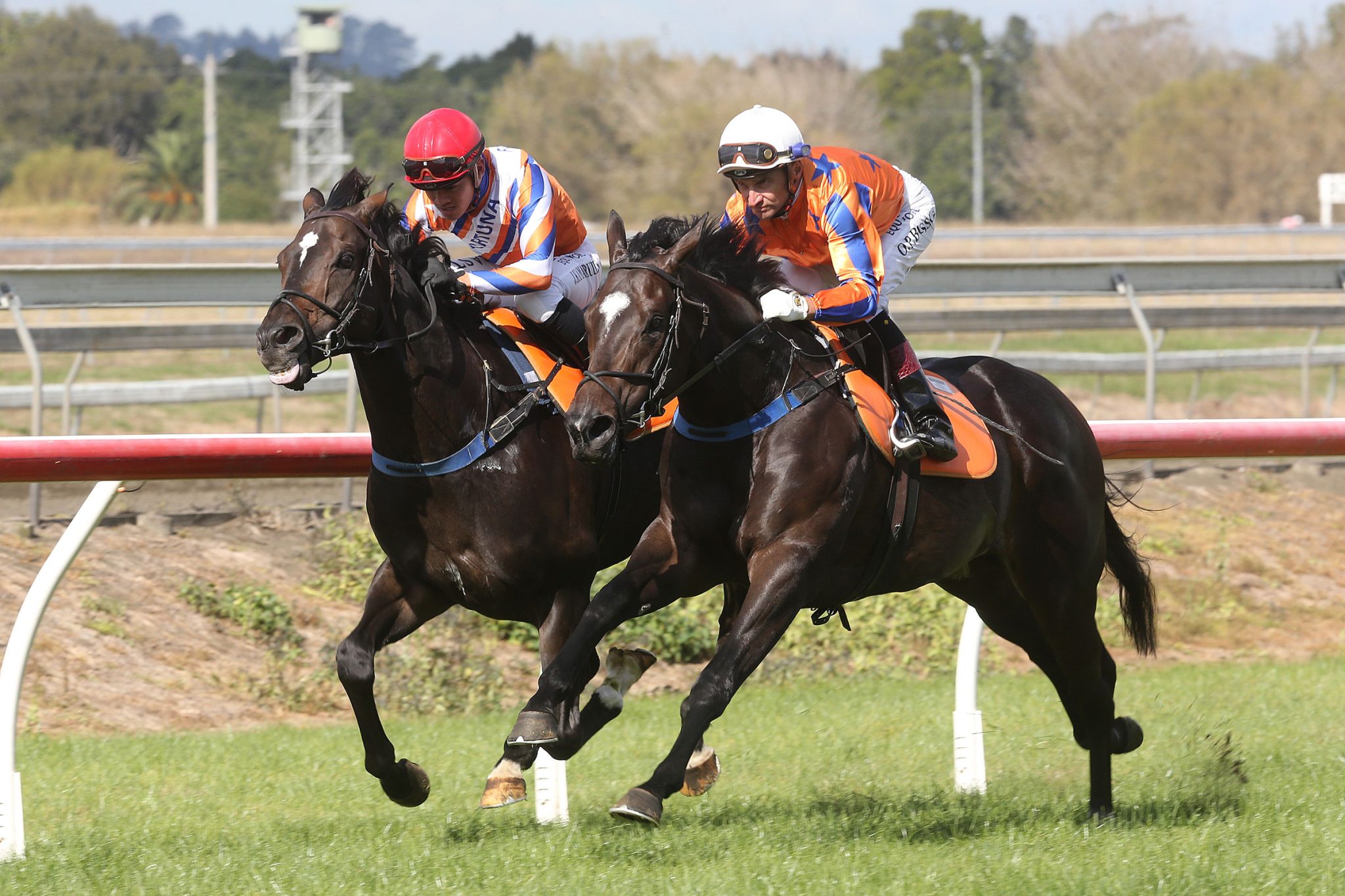 High-quality New Zealand galloper Entriviere and up and coming middle distance performer Soprano Supreme have been locked in by Te Akau for the Queensland winter carnival.

Stakes-winning sprinter Sword Of State is also on the Brisbane short list, but will trial again before a decision is made on him making the trip.

Both Entriviere and Sword Of State furthered their preparations in an open 1050m trial at Rotorua on Saturday, finishing fourth and fifth, respectively.

“Entriviere will be definitely going to Queensland. I’m very happy with her and she will start off in the Group 1 Doomben 10,000 (1200m), all going well, and work things out after that,” trainer Mark Walker said.

The Tavistock mare, who will have another trial later this month at Taupo, won the Group 1 Railway (1200m) earlier this year before finishing fifth in the Group 1 Telegraph (1200m) and was runner-up in the Group 1 BCD Group Sprint (1400m).

Entriviere will be making her second trip across the Tasman after a three-start Sydney campaign in the spring, which netted her success in the Group 2 Sheraco Stakes (1200m) and minor placings in the Group 2 Golden Pendant (1400m) and The Invitation (1400m).

Last season’s Group 1 Sistema Stakes (1200m) winner Sword Of State failed to find his best form in Sydney in the spring, but the Snitzel colt has bounced back with victories this year in the Group 3 Almanzor Trophy (1200m) and the Group 3 King’s Plate (1200m).

“We are going to trial Sword Of State at Taupo and make a decision on Queensland after that. I thought his trial was only fair at Rotorua, but it was a slow track and we want to get a proper line on him at Taupo on April 26,” Walker said.

Rip Van Winkle’s daughter Soprano Supreme has been in fine touch this preparation with three wins from her last four starts, including a runaway success over 2200m at Rotorua on Saturday.

“She is a nice, progressive mare and we might take advantage of her being down in the weights,” Walker said.
“We will look at some handicap staying races over 2400m for her.”

Meanwhile, stablemate Imperatriz hasn’t missed a beat since the daughter of I Am Invincible took top honours in the Group 1 Levin Classic (1600m).

“She had a gallop at Pukekohe on Saturday and will go to the New Zealand Thoroughbred Breeders’ Stakes (Group 1, 1600m) at Te Rapa,” Walker said. “She will probably go to the paddock after that.”

The stable will also be attacking the three-year-old event over 1200m at Te Rapa with quality and quantity.
The Group 1 New Zealand 1000 Guineas (1600m) runner-up Shepherd’s Delight, stakes winner Quattro Quinta and Cote De Beaune, who has won two of his three starts, will go head-to-head although the weather may have the final say on their participation.

“We’ll just wait and see how much rain we get, quite a bit is forecast,” Walker said.

“He is a genuine 2400m plus horse and he handles wet ground. Looking at the forecast for Hastings and the amount of rain they may get, it will be a pretty strong staying test,” Walker said.