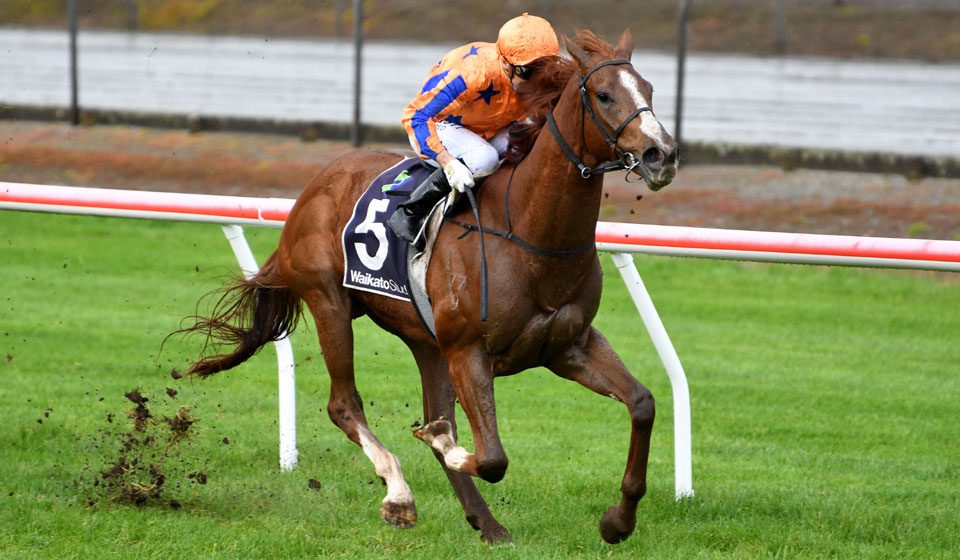 Te Akau once again enjoyed a bumper day at their home track on Wednesday, winning five races on the eight-race card at Matamata.

The result comes just weeks after New Zealand’s leading stable posted six victories at Taupo and trainer Mark Walker said it has been a boost for his staff exiting a long winter.

“We have got a great team and everyone is working hard,” Walker said.

“It has been a long winter. The wet weather is hard work on everyone, so we are all looking forward to a bit more sunshine that is for sure.”

Walker kicked off the meeting in perfect fashion when recording a trifecta in the Waharoa Industrial Park 1200, led home by stable favourite Kai, who had been runner-up in six of her previous seven outings.

“She really deserved that win. She has been knocking on the door and she is one of the stable favourites,” Walker said.

“She is only tiny but she is all heart and the whole team make a big fuss of her.

In the following race Wild Night broke through for his maiden win at the second time of asking.

“He’s a big scopey horse and it was good win. He’s got a lovely big action and I think he’ll be even better on a firmer track,” Walker said.

“He was impressive today and I think the form out of the race will be very strong.”

“Almanzor is starting to hit his straps now, as you would imagine once they turn three-year-olds,” Walker said.

“I know it was a wet track, but we already know those two will go on top of the ground.

“The manner in which they won today showed that they have got good potential.”

Walker’s five-win haul boosted his season tally to 33 victories for the season, 17 clear of his nearest rival Kevin Myers.