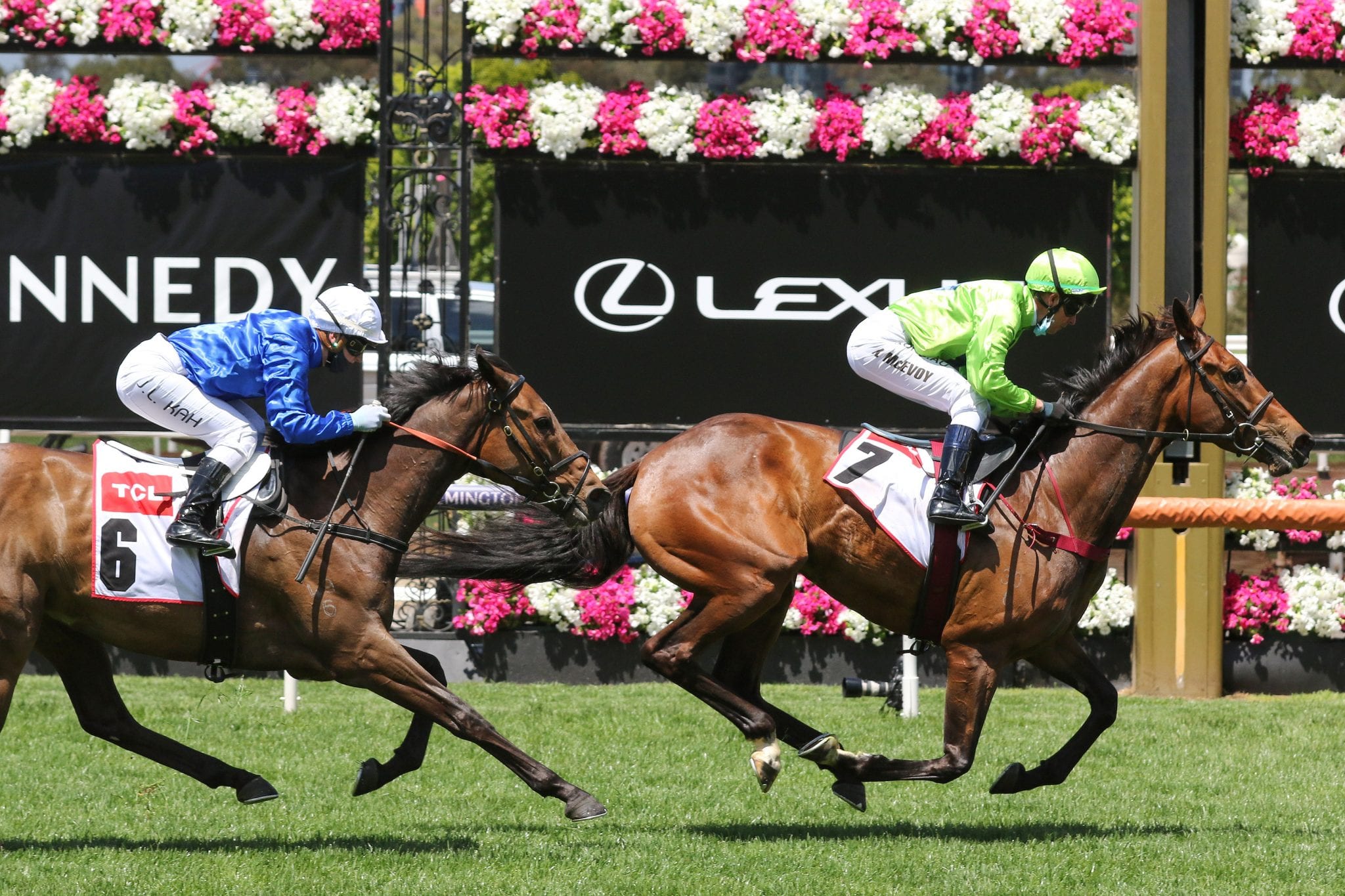 Four-year-old mare Tralee Rose made it back-to-back wins for trainer Symon Wilde when successful at Flemington in the TCL TV Stakes (1700m) in the opening event on Oaks Day. The Warrnambool-trained daughter of Tavistock was perfectly ridden by Kerrin McEvoy to score by a length, advancing her record to two wins and two placings from six starts.

Wilde believes the mare, who like Group 1 Victoria Derby (2500m) winner Johnny Get Angry, is bred on the Tavistock-Zabeel cross, will be better suited over further ground. “I think she’s got a really bright future and the further she goes, the better she’s going to get. She was a really late-maturing horse so she’s got a lot to look forward to,” Wilde said.

“For her to do that over 1700m today was fantastic. She got a really good ride from Kerrin, he made good use of that gate (2). She took a little while to get into gear at the top of the straight and she’s green still but I’m really excited to see where she can land.”

McEvoy had been impressed by Tralee Rose’s previous victory on her home track at Warrnambool, also over 1700m, and believed she has a bright future. “She won nicely the last time and showed promise over a trip. Symon had been happy with her and she proved that today with a good win,” he said.

“She was nice and fresh going to the gates so I thought she was feeling really well. That’s how she races. She popped out and travelled nicely for me. There was a tiny bit of a flat spot but I like the way she picked up for me in the last furlong-and-a-half.”

Bloodstock agent Cameron Cooke joined forces with Wilde to purchase the daughter of Tavistock and the stakes-placed Zabeel mare Star of Tralee for $50,000 from the Cambridge Stud draft at Karaka in 2018. Star of Tralee is a half-sister to Champion Three Year Old filly Serenade Rose.