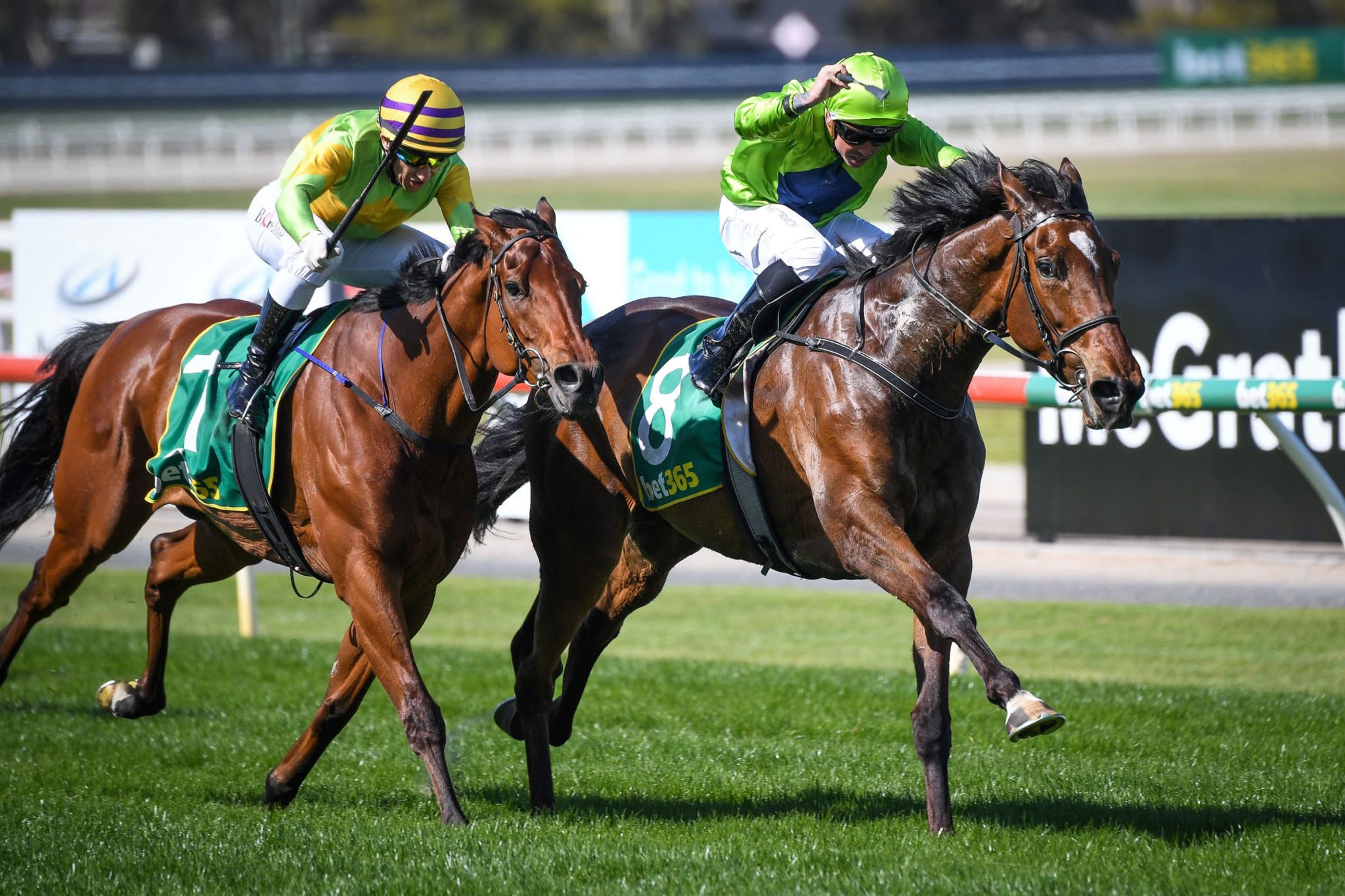 Tralee Rose has guaranteed her place in the Group 1 Melbourne Cup (3200m) after a game victory in Wednesday’s Group 3 Geelong Cup (2400m).

The daughter of Tavistock was on the cusp of a start in the great race, sitting 24th on the order of entry, and Warrnambool trainer Symon Wilde elected to take the Geelong opportunity while it presented.

Sent out a +160 favourite, Tralee Rose settled third on the fence and didn’t go around another rival under jockey Dean Holland.

The five-year-old mare outstayed her opposition, including Dr Drill who made her work for the victory.

“I don’t think Dean had too many options other than to go to the fence. I hoped that she’d be off the fence and she’d be able to get rolling, but with all the horses staying one or two off it, it provided a perfect passage,” Wilde said.

“She got a lovely run. I thought she was there to be beaten and she toughed it out. From a Melbourne Cup point-of-view it was very pleasing.

“All the work is done. We were grappling whether to run or not and I’m glad we did. It will top her off beautifully. It’s not like she’s falling in, she’s getting stronger as the races go on late. She had the other horses’ measure, I think.

“It is dawning on us now that we’ve got a genuine live hope in the Melbourne Cup. She’s a horse that we found in New Zealand as a yearling.

“You look at them and think ‘can this be the one?’ She had her first start here at Geelong and to be coming back a bit over twelve months and win the Geelong Cup and being a live hope in the Melbourne Cup if we can get her there in the one piece, it’s what you dream of.”

Dean Holland, who has ridden Tralee Rose perfectly in her past two starts and will ride the mare down in the weights in the Cup, was thrilled with the hitout with a view to stepping up to two miles.

“The hardest part of my job was pulling her up and that’s a good sign going into the Melbourne Cup,” he said.

Purchased by Bloodstock agent Cameron Cooke for NZD$50,000 out of the Cambridge Stud draft at the 2018 New Zealand Bloodstock Karaka Yearling Sale, Tralee Rose is the lone winner from two to race out of the stakes-placed Zabeel mare Star Of Tralee.

Third in the Listed New Zealand St Leger, Star Of Tralee is a half-sister to the triple Group One winner Serenade Rose.

Star Of Tralee has a yearling colt by Russian Revolution that will be presented by Cambridge Stud at next year’s Karaka Yearling Sales and she is due to foal to Kermadec in the coming weeks.