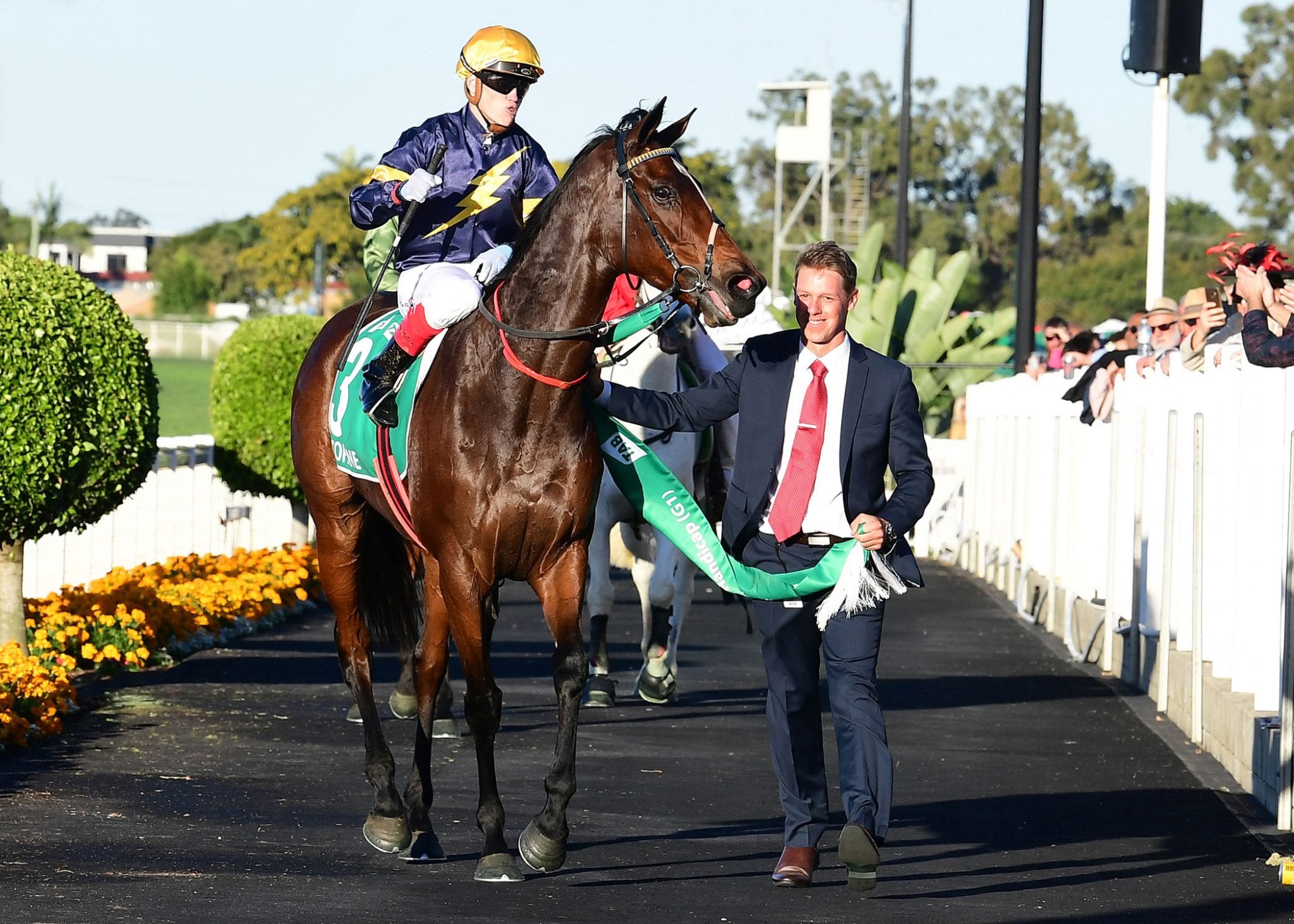 Australian based NZ trainer Mike Moroney has given the green light for Tofane to have a crack at securing her third elite-level victory at Eagle Farm next week.

The daughter of Ocean Park doubled her Group One tally when taking out the Stradbroke Handicap (1400m) at the Brisbane track last week, continuing her purple patch of form.

She lugged around 60kg to finish runner-up in the Group 3 BRC Sprint (1350m) the start prior, rewarding her owners for electing against selling her at auction last month.

Moroney, who hasn’t been able to get up to Queensland, received positive reports from his team in the Sunshine State on Tuesday morning, helping his decision to push on for more Group One honours.

“I spoke to Libby (travelling foreman) this morning. She hopped on her back for the first time and she said she felt terrific, you wouldn’t have known she had had a run. She is doing that way as far as the feed bin goes as well,” Moroney told SENTrack.

“At this stage it is all systems go heading towards the Tatts Tiara.”

After her run on the firm Eagle Farm track, Moroney said they have taken precautionary measures and had a chiropractor in to see her.

“We had the chiropractor to her yesterday to go over her and make sure everything was alright, and it was,” he said. “She just had a bit of shoulder tightness, which is par for the course after they have had a run on firm tracks.

“She is free as a bird to work and as soon as I got that message from Libby this morning, that was the turning point for me to say we will charge on.”

Moroney was impressed with her run last Saturday and said winning jockey Craig Williams has been booked to ride her in the Tattersall’s Tiara.

“I think her class has really shone through,” he said. “I thought she won with a bit in hand, it wasn’t a tough run on her, probably the toughest part was she did over race slightly.

“It was a really good win and Craig Williams is going to be riding Tofane (in the Tattersall’s Tiara).”

Tofane was bred by Curraghmore’s Gordon Cunningham, who entrusted her to the care of Ballymore Stables’ Matamata barn, for whom she won her 820m trial. She was subsequently sold to Australian-based stable clients and transferred to Moroney’s Flemington barn where she has won six races and more than AU$2.2 million in prizemoney.