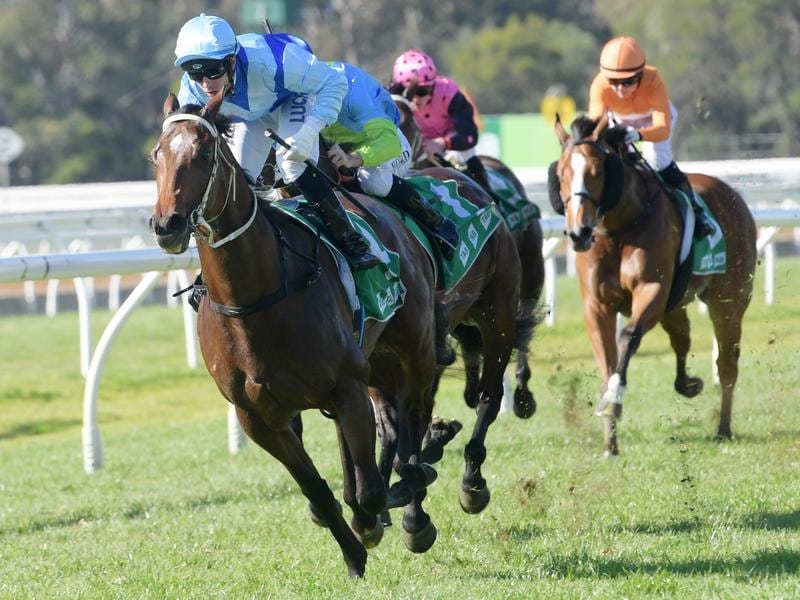 Favourite Task And Purpose ($2.10) finished another half head third.

Tarka, whose mother Gayika is a full sister to South African champion Igugu, could now be set for major spring features along with recent winners Toulouse and Silent Explorer.

“He has a nice future and we’ll see how he pulls up. We may give him a short break and get ready for races like the Gloaming Stakes and Spring Champion Stakes.”

He has cut his team at Rosehill back to 25, mostly younger horses.

“Ace High and All Too Soon are really the only four-year-olds we will have in the new season,” he said.

“All the rest will be two and three-year-olds.”

Payne hopes to keep the momentum going with another two-year-old, Rock Zone, who runs over 1400m at Rosehill on Saturday a week after a midfield finish in a 1200m-race at Randwick.

Like Tarka, Rock Zone is by All Too Hard, and is out of Rock Me Baby who Payne trained to win five races including the 2009 Light Fingers Stakes (1200m).

Tarka was ridden by Brenton Avdulla who has a 12-win lead over Blake Shinn in the Sydney premiership after the latter won on the Bjorn Baker-trained Taygeta and Sweet Scandal for Chris Waller.

Fellow jockey James McDonald will spend more than a week on the sidelines after being suspended for careless riding in Wednesday’s two-year-old race.

McDonald will be out after Saturday’s Rosehill meeting and can return on July 25.