Tallyho Twinkletoe After A National Repeat 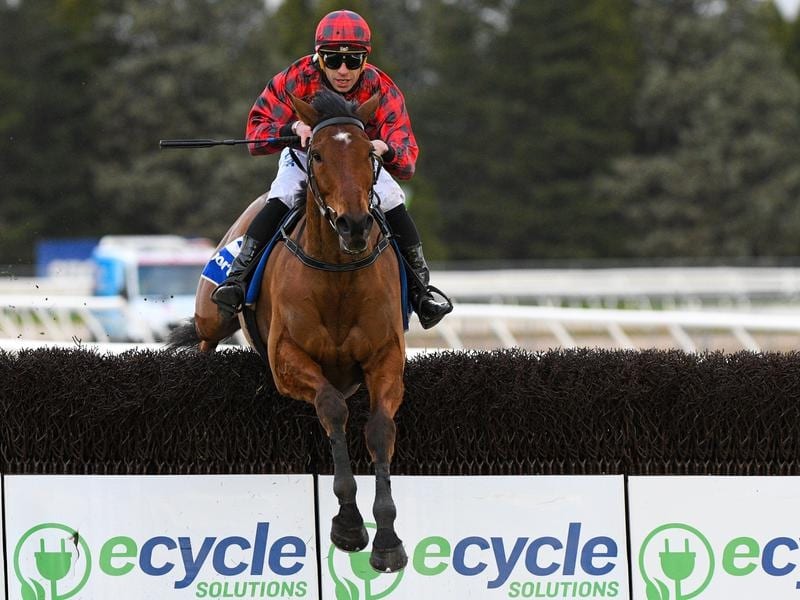 Star New Zealand jumper Tallyho Twinkletoe is set to cross the Tasman to defend his Grand National Hurdle and Steeplechase titles in Victoria.

Tallyho Twinkletoe won the National Hurdle at Sandown last year before switching to the bigger jumps to take out the Steeplechase at Ballarat three weeks later.

Back in New Zealand under the care of Kevin Myers, Tallyho Twinkletoe won a 2400m hurdle race at Wanganui on Friday and is set to head to Melbourne on Wednesday to join Patrick Payne’s stable.

Payne was in charge of the jumper when he completed the National double last year.

“I don’t really know what Kevin and Patrick have worked out, but his ultimate goal is to go for those two Nationals,” owner Jo Rathbone told NZ Racing Desk.

“I imagine he may have a run before that, whether that be jumping or on the Flat, I am not quite sure.”

Tallyho Twinkletoe has been plagued by leg injuries since winning the New Zealand Grand National Hurdle five years ago and will undergo a precautionary veterinary examination before flying to Australia.

With travel restrictions in place, Rathbone won’t be able to fly to watch Tallyho Twinkletoe in Melbourne after making the trip last year.

“I am not really too upset about not being able to go over because it just means I will be able to stay and watch the race with the other owners,” she said.

“There is a big family of us who will be there to watch him and I think that means just as much, being able to watch it with everyone back here.”