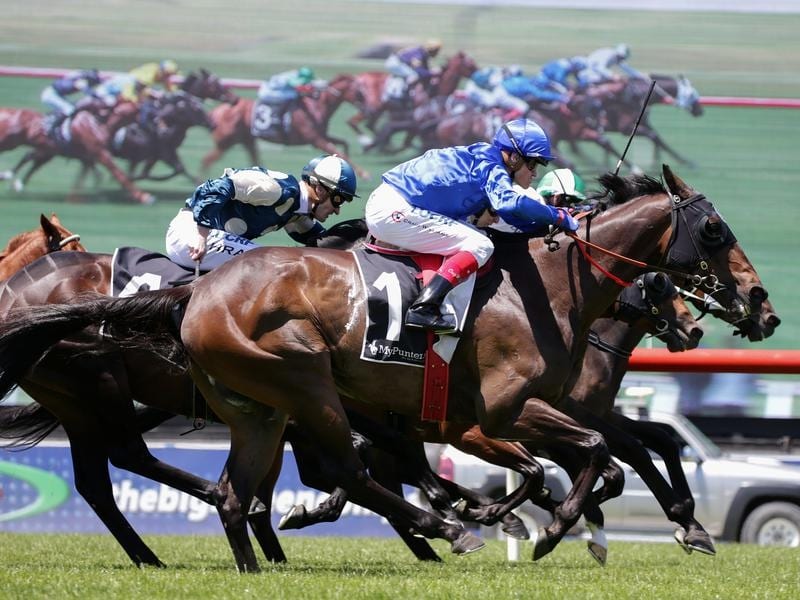 A drop in distance has brought out the best from Tally, with the Godolphin galloper scoring a last-stride win at Sandown.

Disappointing trainer James Cummings with his effort in the 2500m Lexus Stakes at Flemington on Victoria Derby day, Tally was freshened for the 1800m Eclipse Stakes on Saturday.

Settling midfield under Craig Williams, Tally ($13) flashed late to claim He Ekscels ($21) by a short-half-head with Muraaqeb ($6) a half-neck away third.

Godolphin racing and bloodstock manager Jason Walsh said Tally was a great horse for the stable, landing his eighth win from 34 starts and pushing through $1 million prize money barrier.

“We probably expected more from him at Flemington but the ground might have been a bit fast for him there but he’s bounced back today,” Walsh said.

“These horses that have had a number of seasons with us, the team develops a great affinity with them and it’s great to see him win another feature stakes race.”

Walsh said a trip to Perth was under consideration for six-year-old.

Tally hasn’t been entered for the coming Group One features, next week’s Railway Stakes or the Kingston Town Classic on December 8, saying the Perth Cup (2400m) had been discussed.

But Walsh said nothing was set in stone.

“He’s got nothing more to prove to us,” Walsh said.

“He’s a million-dollar stakes earner, a fantastic horse and one we’re very proud of.”