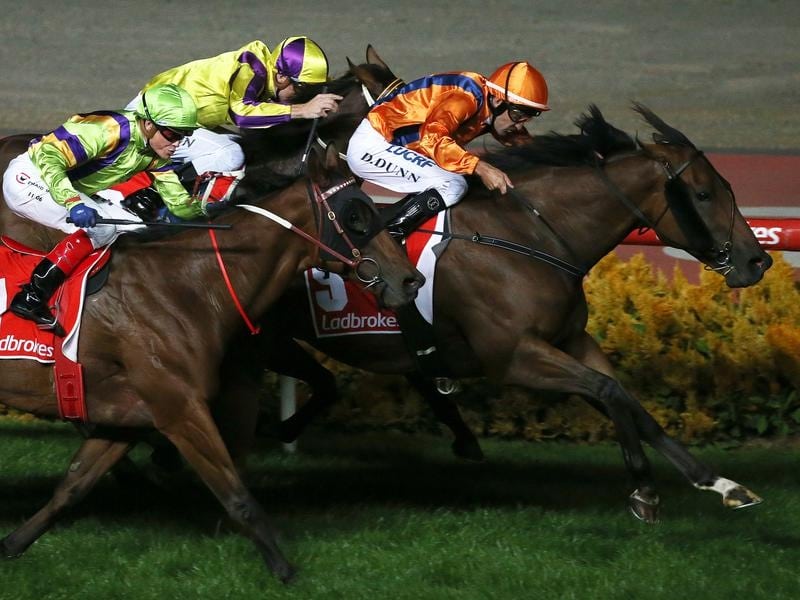 Dwayne Dunn has always felt speedster Sunday Escape has the talent to one day be successful at stakes level.

On Saturday Sunday Escape runs in the McEwen Stakes (1000m) at Moonee Valley, but unfortunately for the pair it is a tougher than usual Group Two affair.

Sunday Escape is at $61 but has a good record at the Valley, running the fastest 955m in the summer night racing challenge with his 54.75 seconds earning trainer Andrew Murray a $55,000 bonus.

“He goes well at the track and distance and ran really well the other day,” Dunn said.

“It’s a pretty deep race but if you can find the right spot and if it’s a mad leaders’ track then he might be back in business.”

Dunn has ridden Sunday Escape in the majority of his 45 starts although Craig Williams was aboard when he finished second to Faatinah in the Carlyon Stakes at the Valley two weeks ago.

Sunday Escape wore blinkers that day which brought about a change of form.

“Andrew asked before his run the other day about putting blinkers on and I said it can’t hurt as he’d put in a couple of ordinary performances,” Dunn said.

“Putting them on bounced him back to form.

“We thought he’d get to Group Two, Group Three level this preparation and he did run third at Caulfield one day where he was beaten a little over a length by a couple of Group One horses.

“He just needs things to go his way now.”

While he has had a long association with Sunday Escape, Dunn partners Spanish Reef for the first time in the Dato Tan Chin Nam Stakes.

“I haven’t seen her and it’s probably a big ask as there’s nowhere to hide,” Dunn said.

“Fitness may be a little query but she did win first-up over 1400 metres at Flemington so that suggests the mile should be OK.

“She trialled up well under Craig but he obviously had to ride Hartnell, and you can understand why he went that way, but she’s definitely got the talent.”