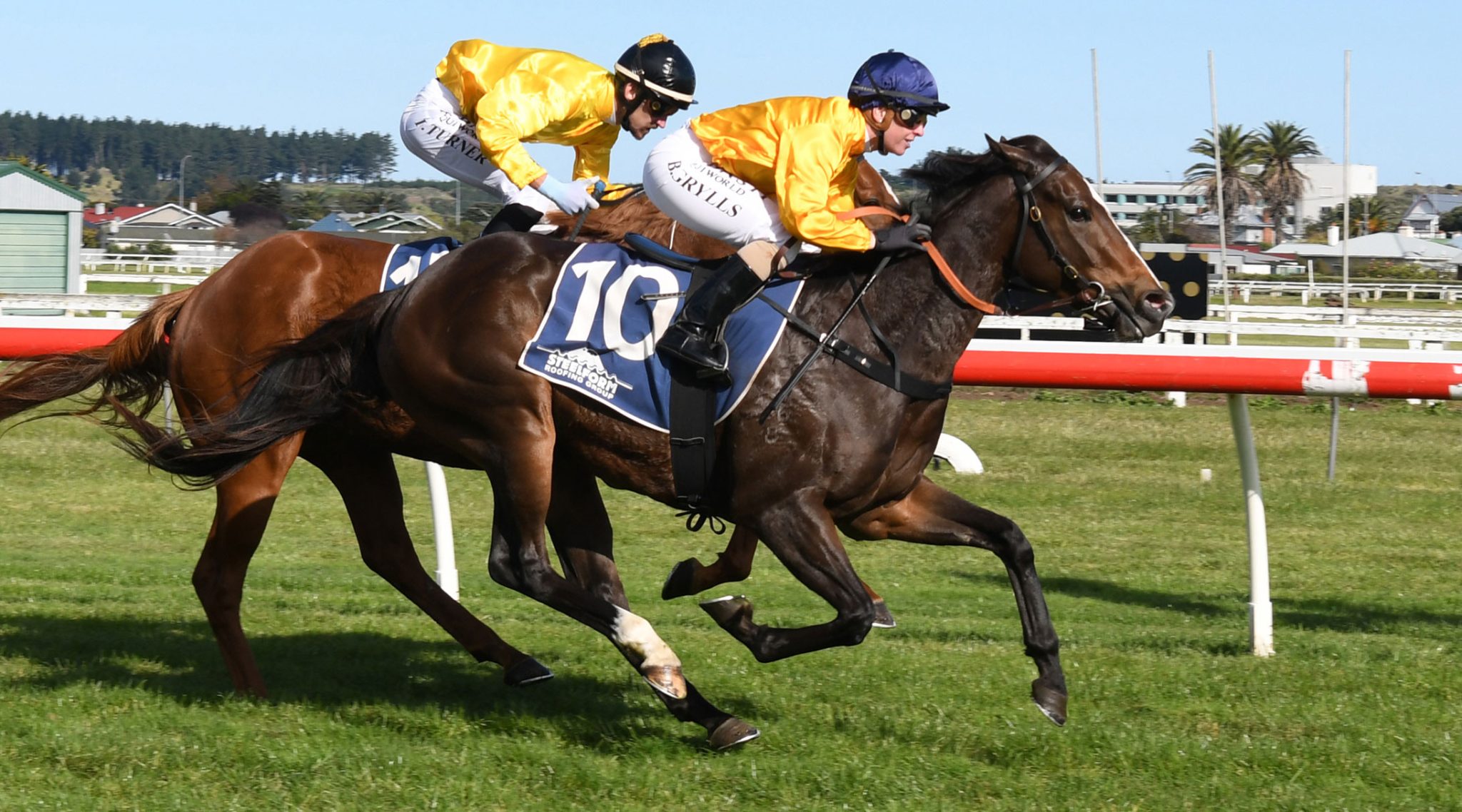 New Zealand trainer Stephen Autridge believes the trip away to Wanganui on Saturday which resulted in a comfortable victory for his talented filly Aris Aris has her primed for a possible stakes target at her next start.

The lightly raced daughter of Contributer had the option of tackling the Group 3 Inglis Sales Cambridge Breeders’ Stakes (1200m) at Te Rapa or trekking to Wanganui from her Matamata base for a rating 65 1360m which became the preferred option for Autridge and co-trainer Kris Shailer.

Autridge wasn’t scared of any of the potential rivals Aris Aris would have faced at Te Rapa but reasoned his charge was crying out for more than the 1200m on offer.

That judgement proved spot on as she lapped up the extra 160m at Wanganui, issuing her challenge at the top of the straight and running clear of her older rivals to register a convincing victory.

Autridge had been confident of a good performance and got just what he was looking for.

“She is very lightly raced but I don’t think there are any questions on her ability,” he said.

“The only time she has failed was at home back in October and we found out afterwards she had a pretty nasty virus, so we had to put her out for a decent spell.

“She has strengthened up and come back well and if you look at her form you can see she has been up against the better three-year-olds more often than not and she hasn’t disappointed.

“We had to give up the chance for some black type today by not starting at Te Rapa but I just think she wants more than 1200m.

“We got what we wanted with the win and the trip away will do her the world of good as well.”

Autridge has his eyes on the Group 3 Rydges Rotorua Stakes (1400m) at Rotorua in a fortnight, a weight-for-age contest for the fillies and mares.

“As long as she pulls up alright then I think that stakes race at Rotorua will be perfect for her,” he said.

“She comes in nicely in the weights against the older mares and she has handled the wetter tracks okay so far, so it looks a nice race for her.

“If she didn’t make the field then there is also a three-year-old 1400m event on the day so there are two options there.

“After that we might just put her away and get her ready for the spring, as I think she has a bright future.”

Bred by her owner Kevin Hickman, Aris Aris is out of the six-race winner Irish Encore and hails from a family that includes former champion two-year-old filly Iflooxcouldkill, who won the Group 1 Ellerslie Sires’ Produce Stakes (1200m).